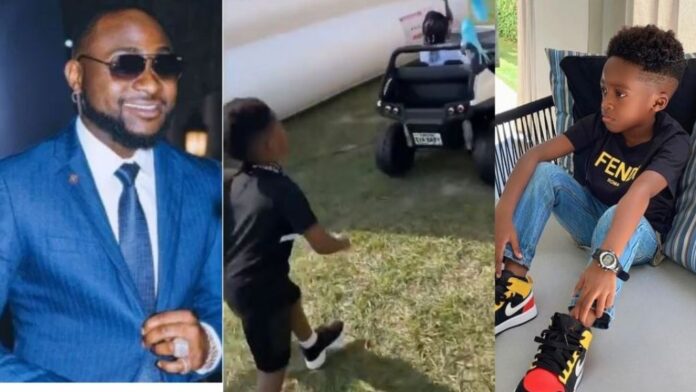 Davido who recently celebrated his daughter’s six year old birthday was seen in a video from the birthday party addressing Tiwa Savage’s son, Jamil Balogun as his daughter’s future husband.

Imade Adeleke who clocked 6-year-old on Friday, May 14, recieved gifts worth millions of Naira from her father, Davido.

The multiple award-winning singer ensured that the day was memorable as a birthday party was hosted for Imade, with family and friends in attendance.

However, Davido caught the eyes of people at the event when he urged Tiwa Savage’s son, Jamil to run after his daughter, Imade.

He was heard in the video saying:
“Jamil, run after her o. Run after your wife”