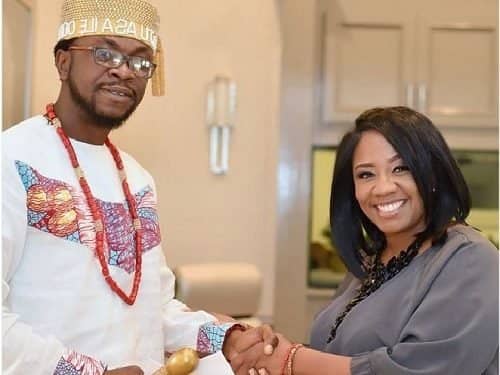 Renowned Historian, Filmmaker, and Cultural Ambassador, Oladotun Taylor, is set to release a docu-drama titled: ‘Did You Sell Us.’

The docu-drama plans to redress the plight of blacks in the Diaspora who are keen on tracing their origin and heritage.

Taylor explained that the idea was inspired by the contentious historical theory that there were Africans that conspired with foreign slave trade merchants during the time of slave trade in Africa.

He said:“It is high time that we as Africans rose to help our brothers and sisters in the Diaspora many of whom have lost their identities and origin due to no fault of theirs. This has been a part of my mission as a cultural ambassador. They are in millions. We need to find and link up with them.”

He added that the documentary is a partnership between Taylor’s Roots and Heritage Renaissance Initiative (RHRI), and two American entrepreneurs, Gena Hampton and TaShunda Scott.

Taylor announced that the Ooni of Ife will be actively involved because he will play a key role in actualising the project.
He described the Ooni as an advocate for unity among blacks across the world.

“I will be leading my two Black American partners to Nigeria and, particularly, to the cradle of mankind, the palace of the Ooni of Ife, HRM Oba Adeyeye Ogunwusi, Ojaja II, on a fact-finding mission as part of production activities for this project.”

“To my African brothers and sisters across the globe who are in this dilemma, I say, help is on the way”, he said.