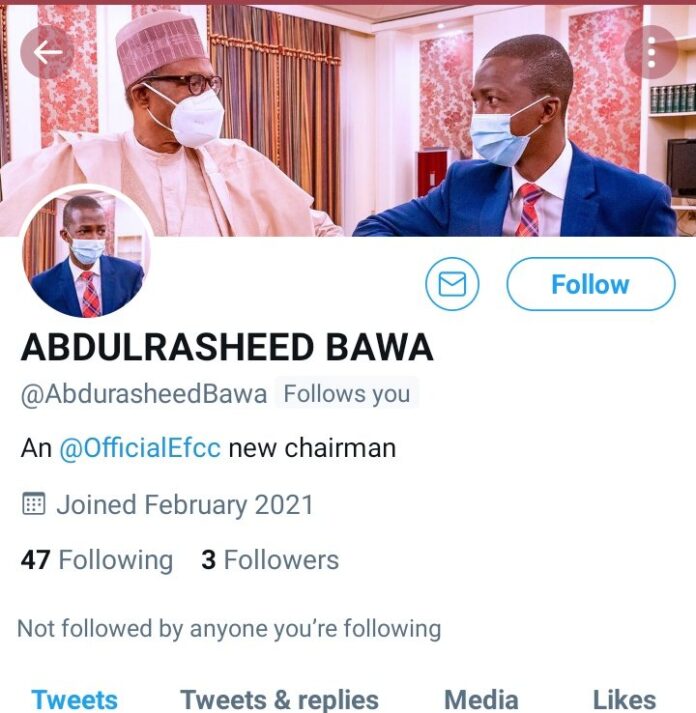 The Economic and Financial Crimes Commission, EFCC, has released a statement alerting the public on the existence of fake Twitter Accounts supposedly belonging to the the new executive chairman of the Commission, Mr. Abdulrasheed Bawa.

The statement, issued by the head of Media and Publicity, Mr. Wilson Uwujaren, lists three of the fake accounts created in the last few days: @AbdurasheedBawa, @AbdulrBawa [email protected]

TheFact Nigeria has gathered the accounts have been attracting followers in droves, who believe they are dealing with the EFCC boss.

According to the statement, no less than 500 unsuspecting Nigerians have been hoodwinked by the promoters of these fake platforms.

The Commission therefore states categorically that these Twitter Accounts do not belong to Mr. Bawa, and should be disregarded.

The Commission equally wishes to remind members of the public that unauthorised use of the name and image of someone else, is identity theft, a criminal offence, and will not hesitate to bring the full weight of the law on any erring individual or group.

The official Twitter handle of the EFCC, the statement continued, remains @officialefcc

Jang Trial Adjourned Till May