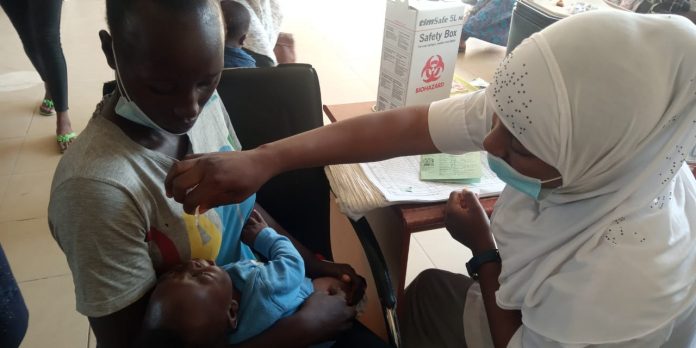 In an apparent move to improve immunisation coverage and reduce the rate of vaccine-preventable deaths in children aged 0-5 years in the country, the Paediatric Association of Nigeria (PAN), after extensive research have come up with solutions to curb the menace.

The association made this known at the Town Hall meeting it organised in collaboration with the American Academy of Paediatrics in Abuja on Monday, August 29, 2022.

The meeting titled ‘Dissemination of findings from the human-centred workshop on improving the demand, delivery and uptake routine immunisation in Nigeria’, had in attendance seasoned paediatricians from Nigeria and the United States.

Speaking to newsmen, the Immunisation Lead of the association, Prof. Beckie Tagbo said, “We just introduced rotavirus vaccines last week but if you don’t have high coverage, even if we have 100 vaccines, it’s not going to have any impact because we need to talk about equity and coverage.

“Now we have moved from 33 percent coverage from the survey in 2017 to 57 percent in 2021; that is a huge stride but it is a far cry from what is expected, we should be getting to 90-95 percent coverage. So, you can see that 57 percent is still very low. If you want to have an impact on this vaccine, the impact has to be high and that is the need for this dissemination.

“We want the participants to take the outcome of our findings, we will work them through the scientific process of how we arrived at the innovative solutions to raise immunisation demand as well as coverage and secondly for all the stakeholders to come together and go into piloting of the interventions so that we can have results. We expect that after the pilot, we will need some fine-tuning and upscaling.

“It requires everybody’s participation, the government as the chief driver, the development partners, the non-governmental organisations, and the media.”

Prof. Tagbo, who is also the chair of the World Health Organisation Africa Committee on Vaccine Safety noted that there was a need to address the challenges in the uptake of immunisation in the country.

She said, “The problem is both the government and the people because if the providers are providing everything and people are not demanding it, you will achieve nothing and if there is a demand and there is no provision, you will also achieve nothing.

“We did a survey of the health professionals to hear from them, with over 5,000 respondents across the nation and there were a number of things we found but the two key things that we found that were on the front burner was that for the vaccinations, the major issue was off-schedule vaccination, this means mothers bringing their children after their dates had passed and some not keeping to those days.

“For the doctors and paediatricians, their major issues were that they were not comfortable discussing the Adverse Effects that Follow Immunisation (AEFI) with mothers, and if you don’t discuss these things and allay the fears of mothers, demand is going to be low. So, we must address safety, not only scientifically but in communication.”

Also, the immediate past secretary of the association, Dr. Petronila Tabansi worked with the American Association of Paediatricians (AAP) and the US Centres for Disease Control and Prevention on the project findings, noted that, “the project is in series and first is about finding out the experiences of immunisation workers, so we surveyed them and we found that we have gaps.

“Following the findings, we went further with the support of the AAP to do a workshop to address that because if the challenges are not addressed, the immunisation coverage will continue to be low and we will not benefit from the impact of having immunisation,” she said.

On his part, the Director General of the Nigeria Centre for Disease Control (NCDC), Dr. Ifedayo Adetifa said,  the progress made so far on immunisation was a result of the concerted efforts of the government, paediatricians, and partners.

“Some of the challenges Nigeria has had with immunisation are well known but it is important to highlight that significant progress has been made in the last few years through lots of concerted efforts with the National Primary Health Care Development Agency and various partners, including PAN and international bodies, to improve vaccination coverage required to reduce the infant and under-five mortality rate significantly.

“We are here to consider ways to increase demands for vaccination in communities, to hopefully reduce hesitancy, and look at identifying barriers and things that are amending to overcome the hurdles towards achieving high immunisation coverage.”

Some of the solutions proferrred to tackle the problem of off-schedule vaccination were the use of radio jingles and reminder SMS to mothers to bring their children for vaccination on the scheduled date.

On the issue of Paediatricians not discussing AEFIs with mothers, an AEFI App which would serve as repository where different cases of Advance Effects Following Immunisation were recorded and steps taken to remedy the situation were suggested. Through the App, Paediatricians would learn best how to communicate any development with mothers.