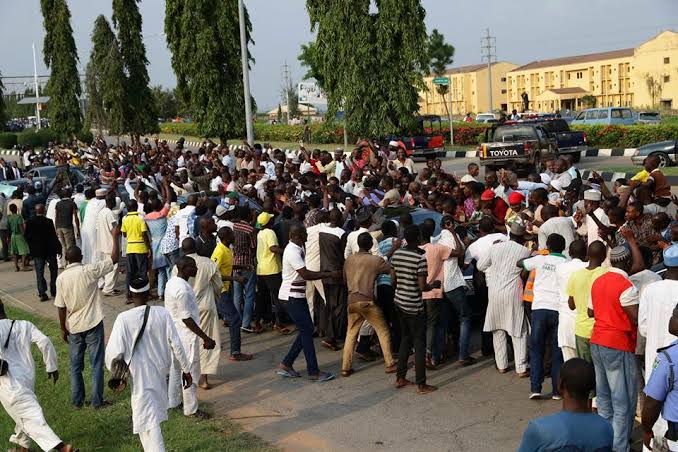 No fewer than six hundred thousand residents of the Federal Capital Territory (FCT), Abuja will benefit from the first batch of palliative measure of the FCT Administration, aimed at cushioning the effect of COVID-19 pandemic.

A volunteer with the FCT Administration situation room, Okheria Agbonsuremi, stated this while featuring on Love FM, News and Current Affairs Programme, “the Podium” monitored by our correspondent.

Agbonsuremi, a veteran journalist, said the FCT Administration through the help of Traditional, Political and religious leaders defined those qualified for the palliatives.

While maintaining that the FCTA in identifying beneficiaries of the palliatives disbursement which started Wednesday in the Territory, also worked with people with disabilities to arrive at the present level.

Also speaking during the programme, the Head of the FCT COVID-19 situation room, Dr. Jumai Amadu, reinforced the involvement of non faith based and other non stake actors in defining those that are poor and qualified for the palliatives of the Administration among other features used in picking some of beneficiaries.

In a related development, the FCT ministerial Task Force on COVID 19 has asked residents of Abuja to limit shopping within their neighborhoods.

The chairman of the Task Force team Ikharo Attah stated yesterday, while reacting to total lockdown of Mpape, where residents of the area that are not on essential services denied workers with essential services passage in and out of the community.

He described as worrisome, the rate at which people move all around Abuja in violation to order of Mr. President.

Some of the residents of the area also expressed their displeasure at the action of security agencies that blocked the road totally on Wednesday.

It was learnt that many commuters were trapped for over four hours in the traffic gridlock at the entrance of Mpape, one of the high densely populated hilly surbubs in the Territory.