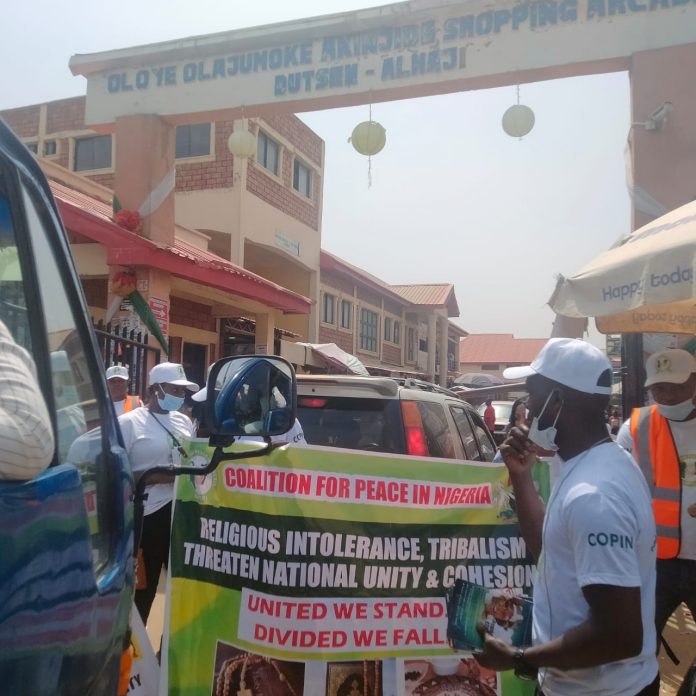 A non-governmental organisation, Coalition for Peace In Nigeria (COPIN), has cautioned individuals and organisations against deliberate attempts at pulling down leaders occupying positions of responsibility, saying the development remained a disincentive to quality service delivery.

The group gave the warning in a statement on Tuesday by it’s National Coordinator, Mr. Akwuobi Emeka.

Consequent upon the allegations described by COPIN as “spurious”, as well as a “campaign of calumny” aimed at denigrating the person and office of the VC of FUL, COPIN has urged security agencies to immediately commence investigation into the case, with a view to bringing to deserved justice perpetrators of wicked acts.

COPIN appealed to relevant authorities to, without delay, invite authors of the report, for thorough investigation, and prosecution, where culpability is established.

“The attention of the Coalition for Peace In Nigeria (COPIN) has been drawn to an orchestrated campaign of calumny against the person and office of the Vice Chancellor, Federal University of Lokoja (FUL), Prof. Olayemi Akinwumi, by some hirelings operating on the platform of kogistatenews.com.ng”, Emeka said in the statement.

While vouching for the integrity of the VC, COPIN reaffirmed its neutral, and non-profit disposition, with focus on peace building and advocacy.

The statement reads in full: “In the report that smacks of pitiable lack of rudimentary knowledge of syntax, as well as composition, the promoters of the platform tried to dress the FUL’s Vice Chancellor in an amorous garb, ostensibly to justify the hatchet job handed them by their paymasters.

“Ordinarily, we would have ignored the deliberate attempt to drag the hard-earned name of a reformist-academic through the mud, considering the fact that COPIN is a non-profit, peace advocacy group championing the course of a united Nigeria founded on ‘unity in diversity’, religious tolerance, electoral integrity, and democratic stability.

“We are, however, constrained by the fact that this vexatious report, if not challenged by well-meaning organisations, groups, and individuals, has the potential of discouraging reform-minded administrators from executing result-oriented programmes.

“It is against this backdrop,that we call on relevant security agencies to, as a matter of urgency, investigate the allegations against the VC of FUL.

“We urge the authorities to, without further delay, invite – for questioning – authors of the story, in a bid to establish its veracity,or otherwise.

“We respectfully demand that the promoters of the piece be made to identify the anonymous ‘female student’ of the university, who was said to have volunteered information on the alleged misconduct of Prof. Akinwumi, as well as owners, or management of ‘Ganaja hotel’.

“Without prejudice to the anticipated probe, we make bold to say that Prof. Akinwumi is a man of resilience, who has worked so hard to earn a pedigree and good name for himself.

“We will, therefore, not allow characters that masquerade as ‘investigative journalists’ to rubbish this hard-earned reputation, for a mess of pottage”.