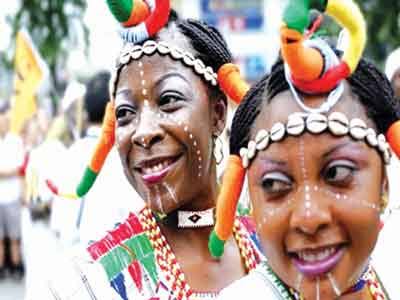 The Gender Strategy Advancement International (GSAI) in partnership with the Korean Cultural Centre is set to host the Women and Peace Cultural exhibition in commemoration of the International day of remembrance of Victims of Insurgence.

This was contained in a statement issued by the Women Peace Education Campaign over the weekend.

According to the statement, the Executive Director of GSAI, Adaora Onyechere during her interaction in a stakeholders meeting lamented that over the years the role of women in peace, mediation and reconciliation had diminished even in a time of heightened insecurity in the country, with women and children being at the receiving end.

She further stated that the plight had left a lot of women silenced in pain and some revictimised as a consequence of serial attacks in their states and communities.

Also, the statement noted that the electioneering period had set in and the conversation between candidates and politics had further divided voices into ethnic echos, reducing the most significant attribute of our nationhood which is our culture, our heritage and our diversity.

It further stated that, “the exhibition would be in honor of the many women and girls excommunicated by terrorism in their communities, to reignite hope in the hearts of those who remain by rekindling their trust through this exhibition of culture through arts, diversity through exclusive photography works of indigenous women from across the states.

“It will also showcase the works of these vulnerable women and how they have managed to survive through using arts and crafts”.

The event which is scheduled to hold on Saturday, August 27th is aimed at raising awareness on the role of women in peace and mediation and also engage key stakeholders.

Others include, “to popularize the need to end all forms of violence against women, to bring a sense of understanding to the need for emergency intervention in the area of insecurity in the country as it affects women most.

“To curate a support network for these women in other to enable them, with platforms to showcase theirs works and build partnerships.

“To unveil their talents, crafts and exhibition it some of the amazing works these women have done and also to see through the works of artists their collection on how the journey of survival, the story of our culture and the trajectory of our diversity has been documented using creative arts”.