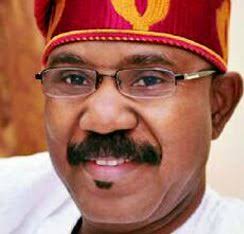 The Federal Ministry of Health has developed guidelines to curb the menace of drug abuse in the country.

Honourable Minister of State for Health, Dr. Adeleke Olorunnimbe Mamora hinted this while speaking at a press briefing on The Dangers of Non-medical Use of Opioid Pharmaceuticals And Other substances of Abuse today in Abuja.

TheFact Nigeria noted that the increase in crime rate across the country was as a result of the high rate of substance abuse in the country.

Dr. Mamora, in his speech highlighted the government’s strategic efforts to achieve this feat, he said;

“The Government of Nigeria, in collaboration with the United Nations Office on Drugs and Crime (UNODC) under the European Union funded project, “Response to Drugs and Related Organized Crime in Nigeria”, recently launched the 2021-2025 National Drug Control Master Plan (NDCMP) during a side-event at the 64th session of the Commission on Narcotic Drugs in
Vienna.

“This 5 – year strategic plan offers both a comprehensive and integrated approach to addressing a range of drug related issues by all Ministries, Departments and Agencies (MDAs)working on drug control”, he disclosed.

The Honourable Minister of State for Health added that, for Nigeria to realise the full impact of this master plan, she had to;
(1.) Review Decree 48 of 1989 of the National Drug Law Enforcement Agency (NDLEA) to recognise drug use and drug use disorders as a public health challenge in line with international
best practices.

(2.) Increase was funding of drug prevention, treatment and care activities.

(3.) Improved surveillance to reduce access to unlicensed prescription of
medicines such as Tramadol and Codeine containing preparations.

He observed that the Federal Ministry of Health, was paying special attention to the issue of drug-use disorders and related health conditions as a major public health concern.

Hence, it established a Drug Demand Reduction Unit in the Ministry to coordinate and implement evidence-based strategies for drug prevention, treatment and continuum of care. 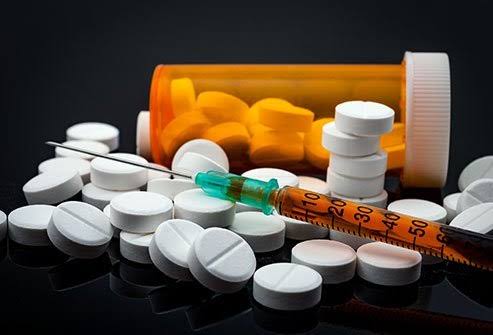 It also upgraded 11 hospitals as Model Drug Treatment Centres across the 6 geo-political zones of the country, seven (7) of which were designated as Regional Training Centres for drug dependence treatment.

And trained over 1,500 health care practitioners in the provision of evidence-based drug
treatment services.

“According to the WHO’s 2015 estimates, psychoactive drug use is responsible for more than 450,000 deaths per year. The drug-attributable disease burden accounts for about 1.5% of the global burden of disease.

“Injection drug use(IDU) accounts for an estimated 30% of new HIV infections outside sub-Saharan Africa and contributes significantly to the epidemics of hepatitis B and C in all regions of the world.

“The menace of drug abuse has reached an epidemic proportion and thus requires concerted efforts by all. Drug trafficking and use are not only a threat to security, governance and development of a nation but also to the health of its citizenry.

“Nigeria is not immune to the menace of drug trafficking and abuse. The 2018 National Survey on Drug Use and Health estimates the prevalence of drug use in Nigeria at 14.4% corresponding to 14.3 million people
between the ages of 15 – 64”, he explained.

Dr. Mamora noted that; “the future of our country is to be guaranteed and her health security assured, it is imperative that we collectively, honestly and critically review the socio-cultural, economic and legal factors that have in one way or the other contributed to this
epidemic.

“In addition, we must continue to create an environment that discourages people from seeing drug use as an alternative or solution to their problems.

“Quality and affordable free basic education should be provided and communities empowered to legally and economically contribute to the pre-school education of children.

“Efforts to diversify the economy towards creating job opportunities and wealth should be
intensified to engage our young ones”, he concluded.