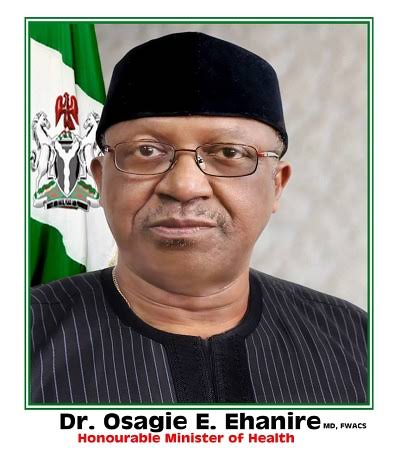 The Federal Ministry of Health has set new guidelines to aid Tobacco Cessation drive in the country.

This was made known by Dr. Osagie Ehanire, the minister of health during a press briefing held in Abuja yesterday to commemorate this year’s World No Tobacco Day.

According to him, tobacco use or exposure to second-hand smoke was the leading preventable risk factor for non-communicable diseases (NCDs) like hypertension, stroke, cancers, diabetes and chronic obstructive pulmonary diseases.

WHO data showed that there were over 1.3 billion tobacco users in the world, and that tobacco is in one way or another responsible for more than 8 million deaths each year, more than 7 million of which are as the result of direct tobacco use while around 1.2 million were the result of non-smokers being indirectly exposed to second-hand smoke.

In Nigeria, findings from the 2012 Global Adult Tobacco Survey (GATS) showed that 5.6% (4.5 million) Nigerians 15 years and older, currently use tobacco products of which 3.9% (3.1 million) are smokers.

Speaking further, he said, The GATS result showed that 45.4% of the smokers had attempted to quit in the past 12 months prior to the survey, of which 61.1% attempted to do so without any assistance while 15% tried counseling and 5.2% tried pharmacotherapy.

The Tobacco Atlas of 2018 reported estimates of more than 16,100 deaths from tobacco-related diseases every year in the country.

Another research finding published in 2021 by the Centre for the Study of the Economies of Africa showed that 29,472 deaths in Nigeria were attributable to smoking.

Evidence showed that tobacco users and those with underlying non Communicable Diseases (NCDs) are at higher risk of severe Covid-19 outcomes. Assisting people to quit tobacco use will therefore improve COVID-19 treatment outcomes.

He assured the public of the Ministry’s commitement to support people to quit tobacco use.

In 2019, the Ministry, in collaboration with WHO and the European Respiratory Society had piloted tobacco cessation services in some healthcare facilities in the Federal Capital Territory, Abuja and revealed their intention to scale it up to other parts of Nigeria, in the near future, so that more tobacco users can have access to cessation services.

As part of its move to discourage tobacco usage, the minister disclosed that the country will commence implementation of graphic pictorial health warning messages on tobacco product packaging, saying it was more important and more effective because the picture on the product package drives the warning message home to those who cannot, or do not care to read about the damaging effects of tobacco use.

“tobacco control remains a public health priority and I called on everyone to join hands with the Ministry to ensure that residents of the country are protected from the debilitating effects of tobacco use and exposure to second-hand smoke,” said Ehanire