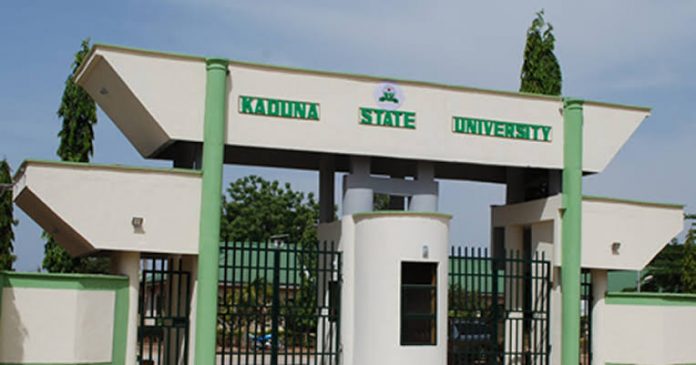 Academic Staff of the Kaduna State University have suspended their six-month old strike.

Registrar of the University, Samuel Manshop called off the strike in a circular issued on Monday, September 5, 2022.

The circular read in part: “this is to convey the directive of the Governing Council that all Academic Staff should resume academic activities especially the conduct of the Second Semester 2020/2021 Academic Session with effect from Monday, 5th September, 2022.

“Refusal to comply with this directive will force the Council to invoke Section 2, Clause 2 (2) of the staff Conditions of Service revised edition 2018.

“All Provosts, Deans, Heads of Department and Units are hereby directed to compile and submit the names of complying staff”.

The Academic Staff Union of Universities (ASUU) embarked on the strike on February 14th, 2022 to press home its demands which include: revitalisation of public universities, improved welfare, academic autonomy among others.

There had been series of meeting between the Federal Government and ASUU all of which ended in deadlocks, also, the Committee of Pro-Chancellors of State-owned Universities (COPSUN)  while replying the ASUU President for calling state owned universities “irrelevant and quacks” on a live programme, appealed to him to realise that the membership of ASUU was voluntary.