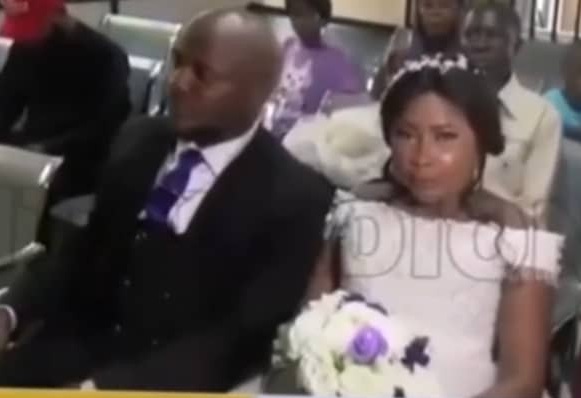 A Nigerian couple was recently left stranded on their wedding day as marriage registry officials refused to show up.

It was gathered that the couple was supposed to tie the knot at the Edo State Ministry of Interior on Friday, May 28th but unfortunately the registrar, Ozuruonye Chukuma, who was supposed to officiate at the wedding was absent.

Ozuruonye Chukuma was said to have traveled out of town for a funeral without prior notice to the couple nor delegating his duty to someone else.

The displeased groom in an interview with ITV News Benin city lamented that there was no way they could postpone the wedding as food and drinks for the reception had already been prepared and paid for.

Speaking further, he also noted that their families and friends who had traveled from far could not be asked to go back and return on a later date for the wedding.

“I came with my family, some came from Abuja, some from Ekpoma and right now, they are telling us the registrar travelled. Nobody informed us about it. We (my wife and I) are confused and disappointed and I don’t know what to do.” He said.