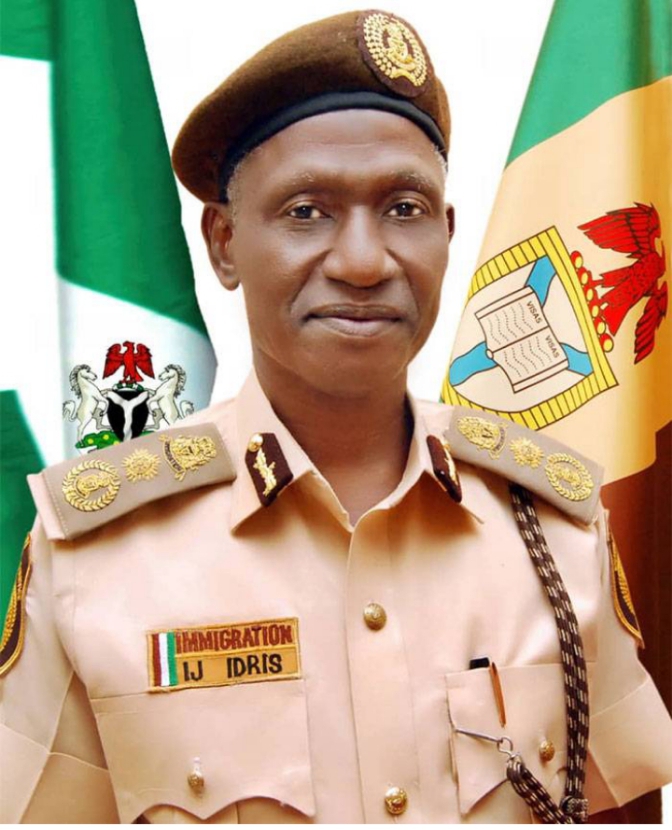 The Comptroller General (CG) of the Nigerian Immigration Service, NIS, Isah Jere Idris, has approved the redeployment of sixty-nine senior officers to Zones, Commands and Formations across the country.

According to the Service’s Public Relations Officer, Amos Okpu, the deployment, which was contained in a circular vide NIS/HQ/ADM/4423/170, dated 1st August, 2022, and made available to the press, the redeployment is the Service’s strategy aimed at improving service delivery and national security.

TheFact Daily gathers that according to the posting order, 8 Assistant Comptrollers General (ACGs) and 61 Comptrollers of Immigration (CIs) were moved across Divisions, Zones and Commands.

Others are, ACG MA Ushie, formerly of the Document Fraud Unit, who has now been moved to the Diplomatic/Official Passport Division; ACG ES Fagbamigbe formerly of Idi-Iroko Border Command, and now heads the Land Border Division at the Service Headquarters.

Some of the Comptrollers posted include Compt. AO Adesokan who has been moved from Training and Staff Development (TSD) Abuja, to the Murtala Mohammed International Airport Ikeja, while the acting Principal Staff Officer (PSO) to the Comptroller General, Compt. Ahmed Mustapha becomes the new Comptroller of Kano State Command.

Others include Compt. Shittu Olajire Fatai, who is now in-charge of Border Patrol Command Lagos; Compt. Gwama Muhammad who now heads the Idi-Iroko Border Command and Compt. MM Saddiq who is now the Principal Staff Officer to the Comptroller General.

Furthermore, Compt. FD Dakat of Onne Marine Command moves to Akwa Ibom State Command replaces Compt. GE Didel who has been moved to the Migration Directorate at the Service Headquarters among others.

“The Comptroller General enjoins all the officers deployed to continue to avail the Service their rich experiences in their new Commands and Formations”, the statement said.