TheFact Daily
Home Entertainment ‘My Husband’s DM Is Filled With Messages From My Colleagues’ – Nkechi... 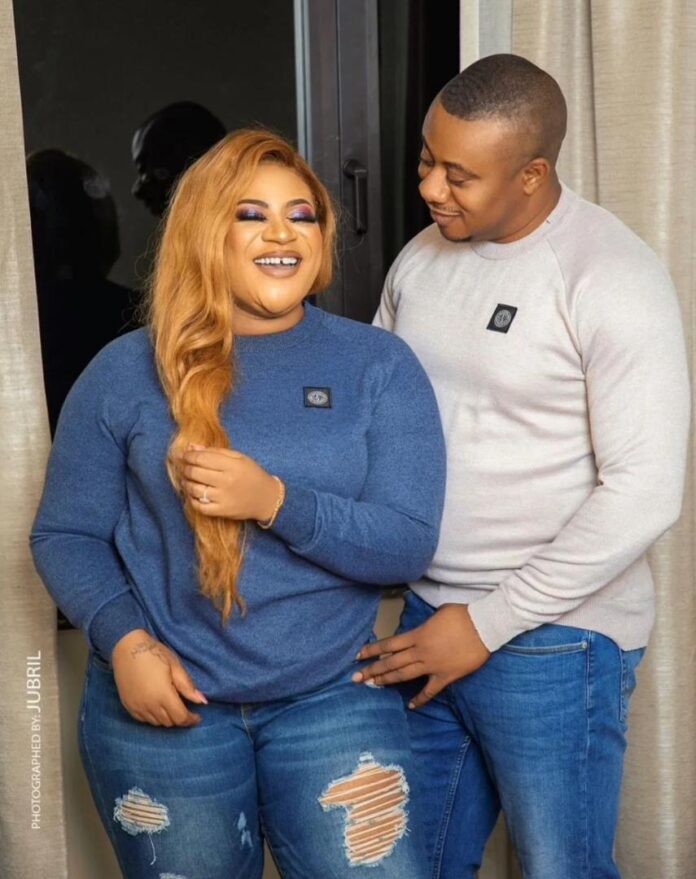 Endowed Nollywood actress, Nkechi Blessing has accused her female colleagues of throwing themselves at her husband.

She alleged that most of her female colleagues sends private messages to her husband on Instagram, thinking she won’t see it.

The beautiful screen diva made this shocking revelation while reacting to BBNaija star, Uriel Oputa’s post.

Uriel on her Instagram page berated women for wanting other women’s men.

According to uriel after she shared a picture of her ex-boyfriend on social media, ladies began to send him DMs and even begged him not to show her their messages.

Uriel stated that because of this experience she would never post her husband on social media when she finally gets married. She said she doesn’t want ladies to shoot their shots at him.

“Pls why do women like other women’s property?? I posted a picture of my Ex who is my good friend. and his DM full .. even those telling me how much they love me done enter his dM saying don’t show Uriel.. biko ive seen .. I will never post my husband for Instagram biko i don’t have energy for everyday Night vigil”. Uriel wrote.

According to her, they have no idea that she sees their messages to her husband.

She said: “My dear my own husband DM is filled with even my so called colleagues 🤣🤣🤣 they have no idea I have seen all..I just allow them wallow in their foolishness..Women? Tufiakwa”.

‘Baba Ijesha Did Not Sleep With Her’ – Yomi Fabiyi