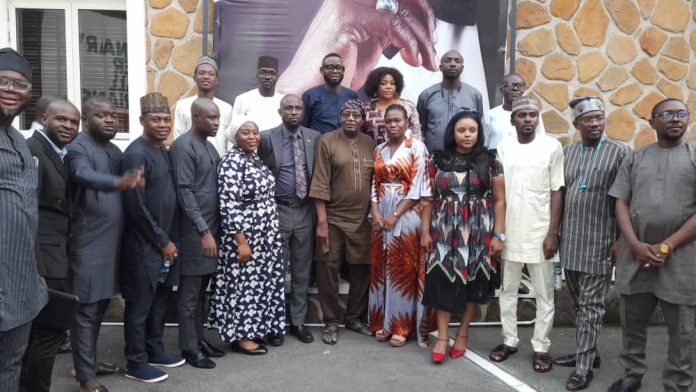 The new national executives were sworn in by Mr Francis Shoga, a representative of the NCG Board of Trustees (BOT) at the Tinubu campaign office in Wuse 2 Abuja, on Friday.

Shoga urged the newly elected executives who were drawn from all walks of life, to use their wealth of experince to strategize programmes and events that would educate and enlighten Nigerians on why APC presidential flag bearer, Asiwaju Bola Ahmed Tinubu, is the best man to lead Nigeria, come 2023.

The NCG had its elections on Monday after receiving other groups on the grounds of merger for the purpose of ensuring that the Ahmed Bola Tinubu-Shetimma who are riding on the APC presidential ticket sails to harbour.

The Chairman during a chat with the in House media personnel at the end of the inauguration said, the NCG was in high spirit and was ready to set the ball rolling at ensuring that no stone was left unturned in ensuring that the APC presidential flag bearer was victorious.

For their part, ths Deputy Natioanl Chairman North, Mrs Abiodun Essiet; Deputy National Chairman South, Comr.(Sct.) Ekene Nwokoro; explained that the youth population makes up a huge chunk of the electorate population, hence the need for the youth to support the candidacy of Tinubu and Shetima.

According to the duo, the inauguration of the executives would aide the activities mapped out for the success of the principal, considering the fact that youth need to be more enlightened on the issue of legitimacy of their franchise and why they should give their mandate to a leader who would salvage the country’s situation.