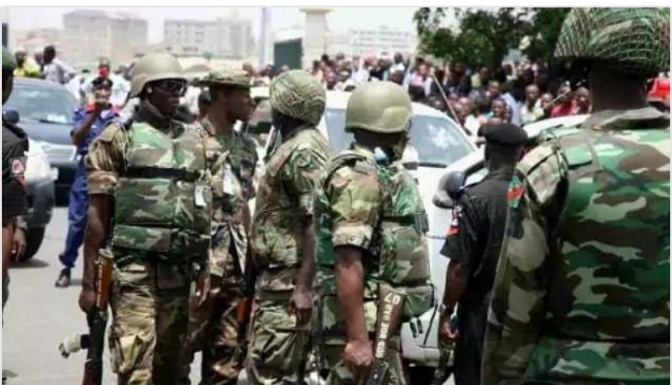 The 81 Division, Nigerian Army, NA, has set up a board of inquiry to investigate the recent clash between its personnel and police officers in Lagos State.

TheFact Daily reports that a police Inspector, Monday Orukpe, had died from injuries he sustained after the soldiers of the Army Ordinance Corp allegedly beat him to a state of comatose, during the incident on Wednesday, 3 August.

Orukpe, who was abducted alongside another police officer, died at the military hospital on Thursday afternoon, August 4, 2022.

It was learned that the soldiers were riding in an Army bus, and getting close to CCC gate on Lagos/Badagry expressway, where there was a heavy traffic.

Trouble started when two of the soldiers jumped on a motorcycle and rode to where the policemen were controlling traffic.They reportedly ordered the police to clear the traffic for their bus. However, the police said such a situation was not possible due to the heavily congested road.

According to a police source, the “two soldiers got angry and pounced on them, abducted them into their bus and drove them to Ojo Cantonment.

“Before they left the scene, a third policeman was to be abducted, but he fired gunshots into the air which forced the soldiers to retreat”, the source said.

Major Osoba, in his statement, said the Division regretted the incident, “given the Division’s disposition and zero tolerance for any misconduct.”

“Accordingly, the Division has instituted a Board of Inquiry to unravel the circumstance surrounding the unfortunate incident. At the end of the investigation, anyone found culpable will be made to face the full wrath of the disciplinary provisions.

Consequently, the Division wishes to commiserate with the Ojo Police Division and members of the family of the victim”, Osoba stated.