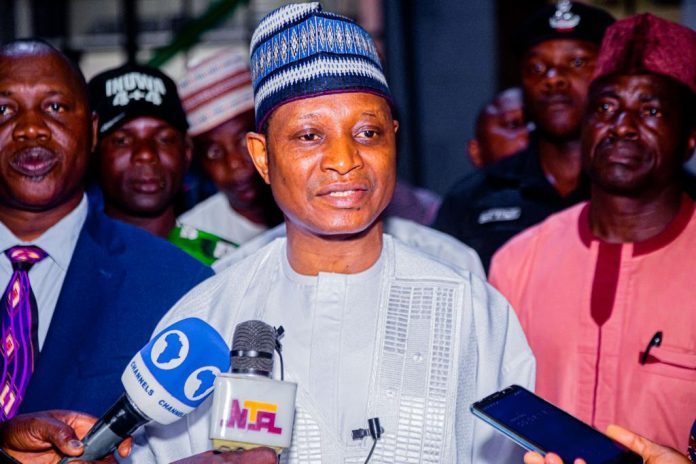 The Nigerian Christian Pilgrim Commission, (NCPC) has airlifted 280 intending Christian Pilgrims of Taraba and Gombe state from the Yola International Airport on 26 December, 2022 to Israel and Jordan.

The Executive Secretary of the commission ,Revd. Yakubu Pam in a statement made available on Tuesday by Head Media and Public Relations, Celestine Toruka, tasked the intending pilgrims to be good Ambassadors of Nigeria while in the Holy land.

Revd. Pam while thanking the Executive Governor of Taraba State, Arch. Darius Ishaiku for sponsoring such number of christians to the Holy land despite all odds, described him as a Pilgrimage friendly Governor who has eloquent testimonies of the benefits of christian Pilgrimage in his life .

He equally applauded the Gombe State Governor is Gombe, Alhaji Muhammadu Yahaya for supporting the christians in the state to embark on Holy Pilgrimage at a time like this.

He explained that though the Governor being a moslem , saw the need to sponsor christians so that they could go to the Holy land to pray. 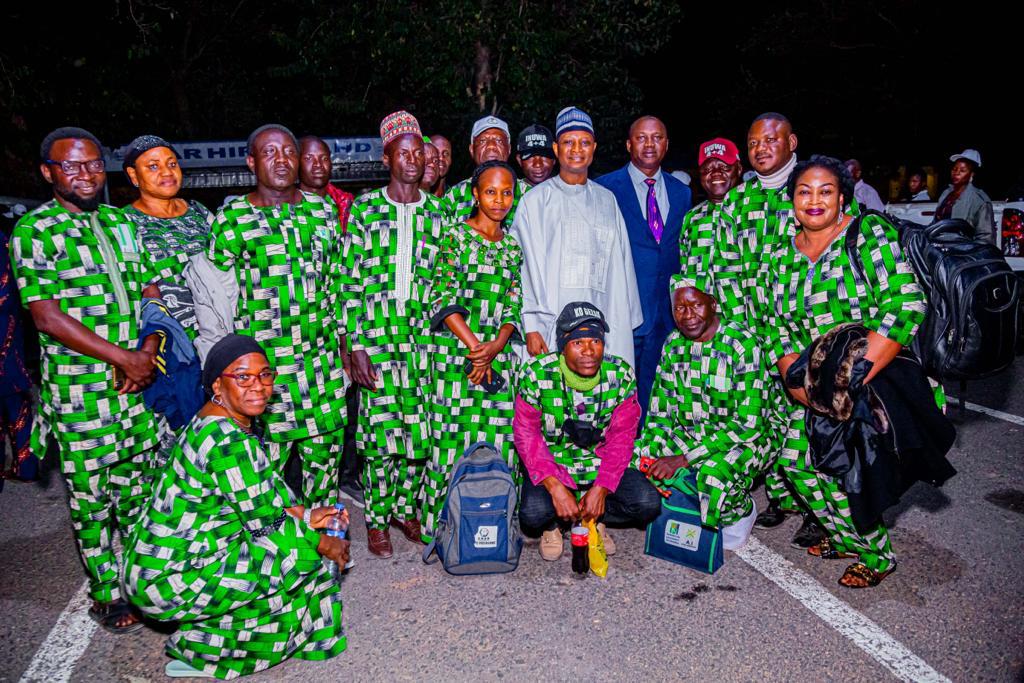 The Reverend reminded the intending pilgrims
that outside the country the image of Nigeria is what matters and not the image of any pilgrim or state.

According to him,” we are concern with the image of Nigeria during Pilgrimage and as such you should conduct yourself decently while on Pilgrimage.”

He cautioned them to shun abscondment as the Commission had put every mechanism in place to make abscondment impossible.

Rev Pam further told the intending pilgrims that he was proud of them for being part of the 2022 December pilgrimage to Israel and Jordan and for having faith in Nigeria.

He further hinted that the intending pilgrims would arrive Jordan first where they would commence their Pilgrimage exercise, afterwards they would proceed to Israel to continue their visit to the Holy Sites there. 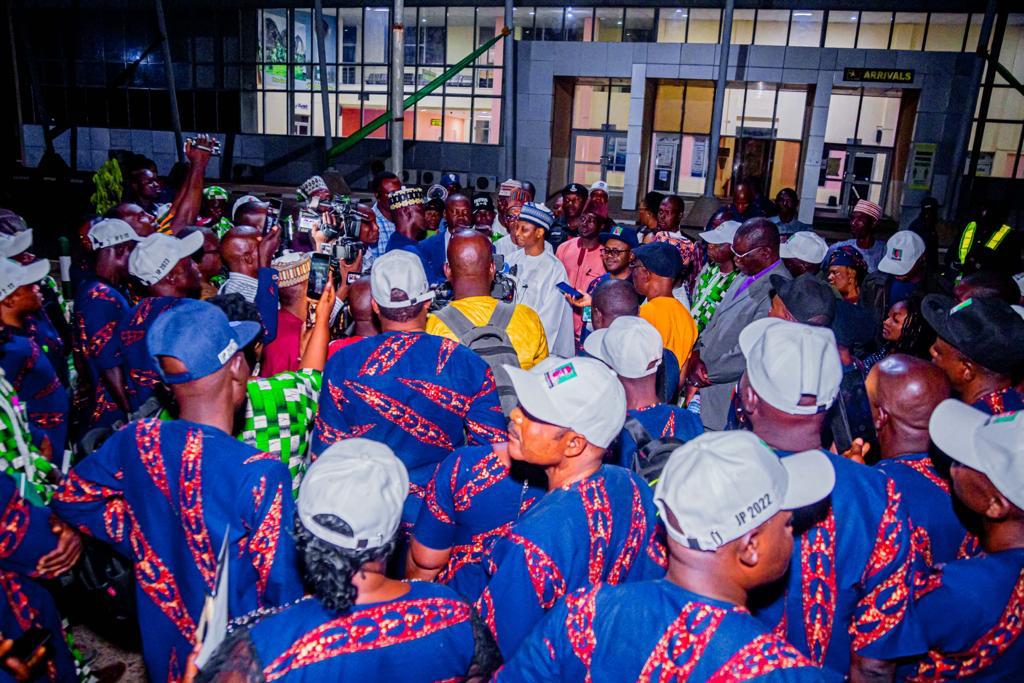 In his welcome address, the Chairman Adamawa State Christian Pilgrims Welfare Board, Bishop Peter Bartimaios thanked the Executive Secretary , Nigerian Christian Pilgrim Commission, Rev Dr Yakubu Pam for the choice of Yola International Airport for the airlift of the intending pilgrims of Taraba and Gombe state .

He lauded the NCPC boss for his proactive leadership.He advised the intending pilgrims to make judicious use of this opportunity to pray for themselves and Nigeria in the Holy land.

In his remarks, the Chairman of the Conference of states who also doubles as the Chairman Taraba State Christian Pilgrims Welfare Board, Rev Isaiah Magaji congratulated the Taraba intending pilgrims for the opportunity provided by the Executive Governor of Taraba State for them to go on holy Pilgrimage to Israel and Jordan.

He commended the NCPC boss for his visionary leadership in sustaining Christian Pilgrimage in Nigeria. 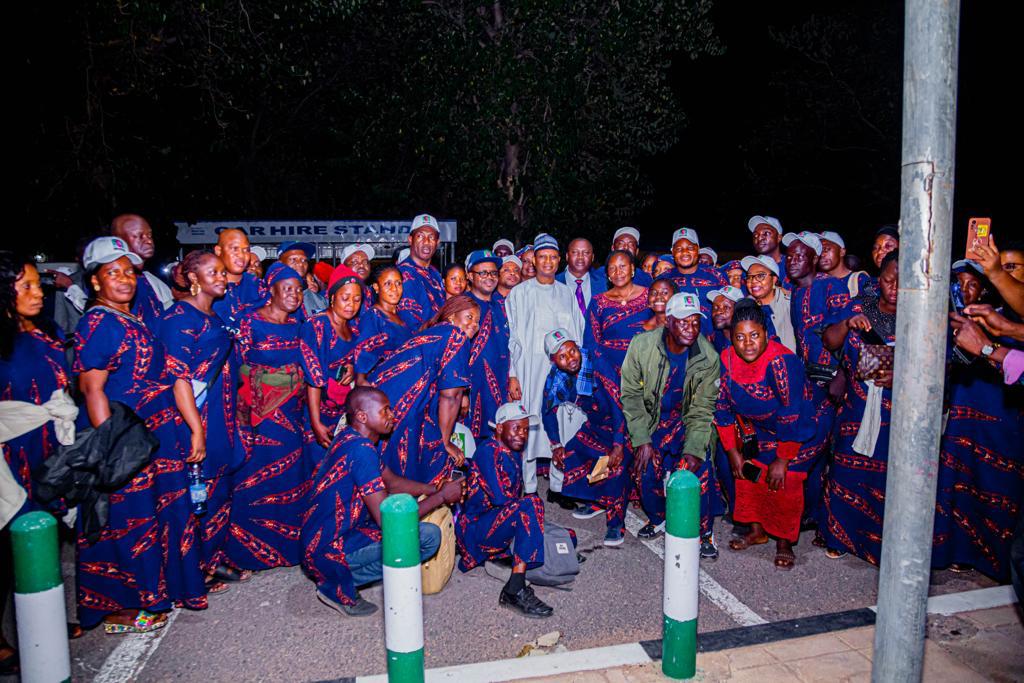 He advised the intending pilgrims to be spiritually alert in the Holy land and come back spiritually and morally transformed.

The airlift of intending pilgrims of Taraba and Gombe state was the second batch of airlift to be conducted by NCPC in the on going 2022 December pilgrimage exercise to Israel and Jordan.

The first batch departed for the Holy land on 16th December, 2022 from the Akanu Ibiam International Airport, Enugu , and returned on 24th December without any single case of abscondment.

The intending pilgrims of Taraba and Gombe state departed the Yola International Airport at exactly 02:03am on 27 December, 2022 to Amman, the Kingdom of Jordan.