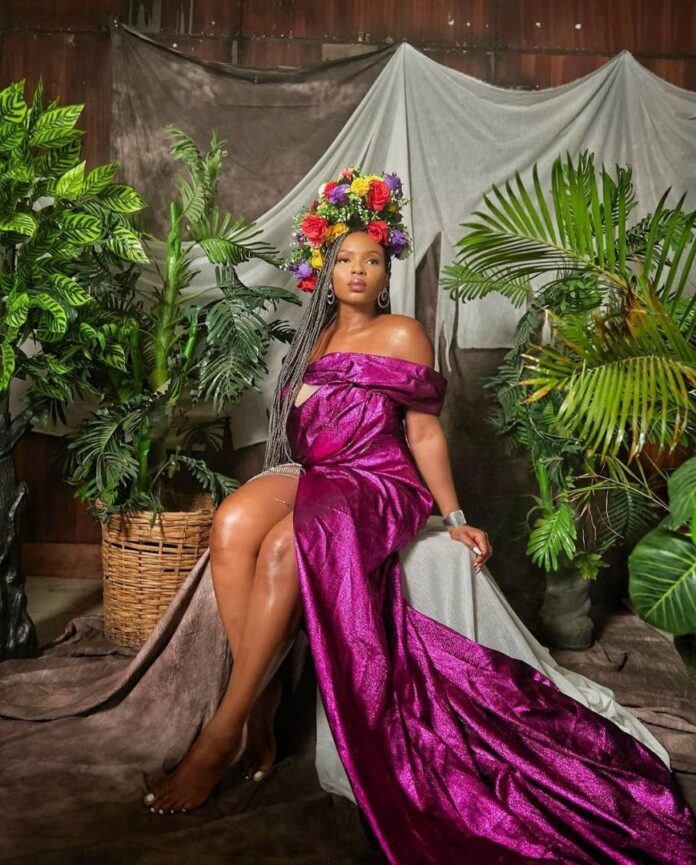 More Nigerian musicians are coming out to express their dissatisfaction with the state of security in Nigeria.

One of Nigeria’s popular female musicians, Yemi Alade, took to her Twitter page to air her view on the ongoing unrest in the country.

The music superstar said Nigerians have now become used to hearing news of killings and kidnappings.

She said:
“Nigerians have gotten used to hearing bad news ,kidnap, deaths. We have become managers of an open house asylum!”

Nigerians have gotten used to hearing bad news ,kidnap, deaths, .We have become managers of an open house asylum!

In another post, she called out the commander of the armed forces asking of the forces he commands.

Commander of the Armed forces!! Where are the forces you command?

While on Instagram, she shared a photo of herself carrying a little boy on set for her video shoot.
She disclosed that the little boy gave her hope during the shoot.

She prayed that Nigeria do not fail the child just as it failed others.

“I Pray Nigeria doesn’t let him down the way she let Us down”
See the post below:

Nigeria At 60: Whither The Capital Market?

Iyabo Ojo threatens To Disown Her Only Son, Festus