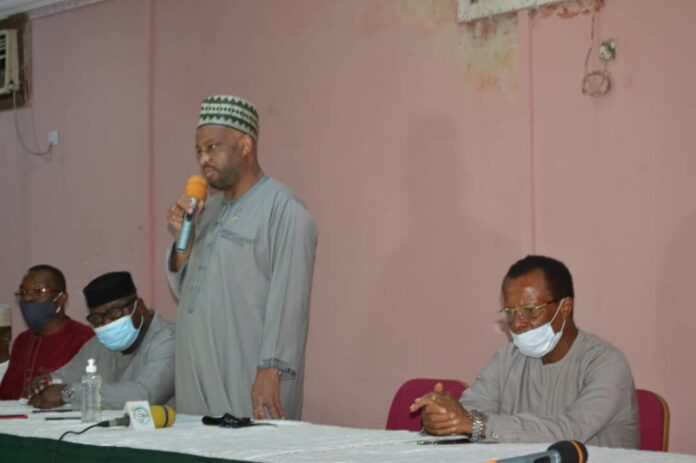 The Standards Organisation of Nigeria (SON), has said that plans are underway to commence full scale enforcement to rid the country of substandard steel products

Mr Farouk Salim, the Director-General of SON, made the statement on Tuesday at a meeting with South-South and South East region of Steel manufacturers and dealers in Asaba.

Salim said that a three-month ultimatum on the need to clear out of the markets, substandard steel rods was issued in March and would soon expire.

“After the expiration of the three months ultimatum to dealers in steel, the agency will commence full scale enforcement, to rid factories and markets of substandard steel rods and anyone found  culpable would be prosecuted,” he said.

The Director-General urged steel manufacturers to uphold quality and standards in the production of their products.

He said that standards and quality steel products would ensure large market-shares for businesses and companies which in turn would lead to high revenue-earnings, job opportunities and export promotion.

“So, we are appealing to you all in the steel industry to cooperate with SON so that wealth and value can be created.

“Do the right thing, do not cut corners. The benefits of standards and quality products to the economy can lead to healthy lives, safer environment, employment generation and industrial growth,” he said.

Salim urged the manufacturers and dealers to come together and form an organised union or association for self-regulation.

“Some of you are complaining that there is unfairness in the enforcement. The only way we can make sure we have uniform approach to everything and deal with you properly is when you form a union, ” he said.