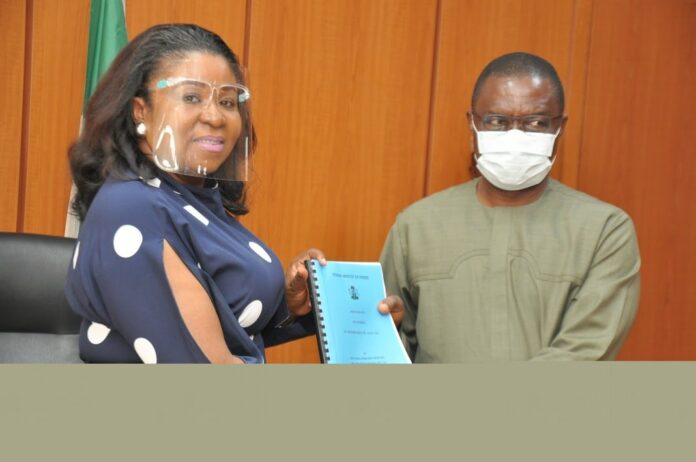 The new Permanent Secretary at the Federal Ministry of Power, Chinyeaka Christian Ohaa, assumed office on Wednesday, taking over from Mrs. Didi Walson-Jack, a statement said.

Walson Jack who redeployed last week to the Ministry of Water Resources, the statement by the Deputy Director, Press at the power minister, Mrs. Etore E. Thomas, said in a brief handover ceremony, Ohaa pledged his commitment to continue from where the former Permanent Secretary stopped, in ensuring improvement in the Power Sector and in delivering on the Ministry’s Mandate, promising to continue from where his predecessor stopped in ensuring improvements in the Power Sector.

Earlier, the outgoing Permanent Secretary, Didi Walson-Jack, mni, in her remarks appreciated the support given to her by the Management and Staff of the Ministry in the course of her duties, noting that she had also learnt a lot about where Nigeria ought to be heading, individual relationships and equally appreciated the Minister and the Minister of State for their guidance.

She enjoined Staff to accord the new Permanent Secretary the same cooperation given to her, with the view to delivering on the Ministry’s Mandate.

In her vote of thanks, Director, Planning, Research and Statistics, Amonia Standfast, on behalf of Staff, thanked the outgoing Permanent Secretary for exceptional leadership and mentorship, while wishing her greater successes in her future endeavours.

She assured the incoming Permanent Secretary of Management and Staff’s support and cooperation to ensure he succeeds in achieving the Ministry’s Mandate.