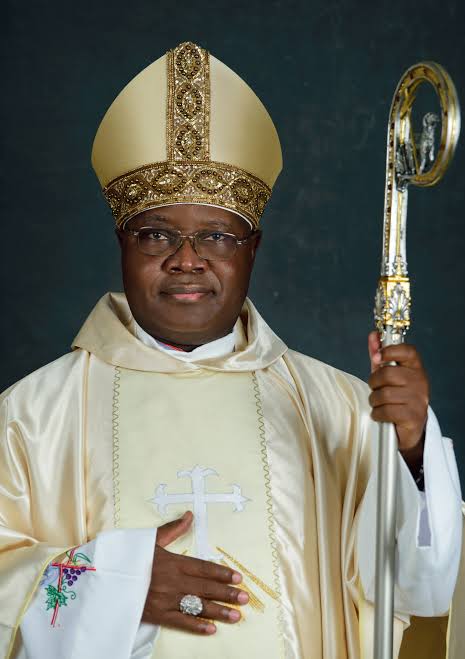 The Catholic Archbishop of Abuja, Most Rev (Dr) Ignatius Kaigama, has lamented the fact that the public funds meant for the welfare of the poor and vulnerable in the society, were being diverted with impunity.

Archbishop Kaigama regretted that public office holders involved in stealing funds do not seem to be deterred by the realities of disease or death, as the love for money has “corrupted” their thought-pattern.

The cleric, who made the position in a Homily he delivered during the Ash Wednesday Mass at Our Lady Queen of Nigeria Pro-Cathedral, Garki, Abuja, to begin the Lenten season, called on Christians to strive towards genuine conversion.

He said, “the Lenten season is a period where Christians are expected to fast and pray for 40 days, signifying the suffering, death and resurrection of Jesus Christ.

“The question is what will make us to truly change or to move us to true repentance? Diseases or death do not seem to deter or move us enough to change, especially where money or the things of this world are involved.

“We prefer to do things our own way. Money, good as it is, has corrupted our thoughts and feelings.

“Let public funds be made available to feed the sick, the prisoners, the school children; to provide boreholes, clinics and roads to rural dwellers; to care for internally displaced people, they are diverted without any sense of guilt.

“Where jobs are said to be provided for the restless youths, only those who know influential persons get them. Some officials, it is alleged, sell the jobs to the highest bidders”, His Grace said.

He added that: “Even when there was a lock down in order not to spread diseases, money could earn one a free passage on the roads! What will really make us change?”

On the season, he explained that “”lent calls us to purity of heart, intentions and actions, quoting the Book of Mt. 5:8, which says, “Blessed are the pure in heart for they shall see God” (Mt. 5:8″).

Speaking further on expectations,, he stated: “We are required to practise true religion, not the outward show we display so that people will say we are a godly people.

“We are called to practise true religion that inspires us to really fear God and to avoid bad things, whether in the night or day time; alone or with someone, in your bedroom or with people.

“Do not plan evil against anyone made in the image and likeness of God. We should consider our common humanity first, not our religious and tribal affiliations,” he said.