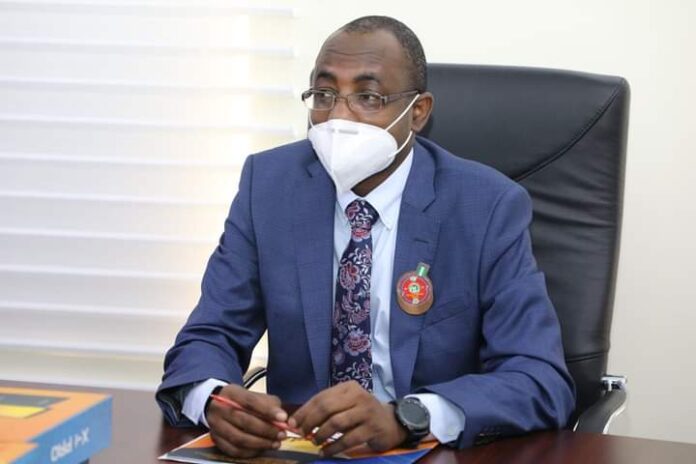 The Director General of the National Information Technology Development Agency (NITDA), Mallam Kashifu Inuwa Abdullahi has said that building a productive public, private partnership is key to the journey to build a better Nigeria.

The director general stated this while receiving the founder and CEO of Hotspot Network Limited, Engineer Morenikeji Aniye today 12th November, 2020 at the corporate headquarters of the Agency.

NAVSA is one of NITDA’s digital scheme which is designed to help farmers and other agricultural ecosystem players to navigate their journey across the agriculture value chain. This journey cuts across farm production to management, harvesting, food processing, storage, marketing and consumption.

“Private organizations are of the impression that anything given to government does not get down to the real people as it is believed that the top executives take all, he said.

“Your coming to donate and also partner with the Agency shows that our initiative is getting a buy-in of the people and this gives hope,” he noted.

Speaking earlier, Mr. Aniye said he has been watching the Agency keenly from afar and observed the giant strides achieved within a short time, appreciating the efforts so far in digital inclusion.

The Digital Farmers Club, he explained, is the deployment of voice and data 3G, 4G and 5G to rural areas. This programme he said will help energize the rural community agriculturally. Partnership with NITDA on NAVSA scheme he believes will take out the young farmers and women in rural areas and empower them digitally.

While thanking Mallam Abdullahi, Mr. Ayine expressed their support for the scheme and encourage the synergy of other partners to come on board and support the effort of the Federal Government.

The Comptroller General (CG) of the Nigeria Customs Service NCS, Colonel Hameed Ali (rtd.), has revealed that the ser­vice lacks the capacity to effectively...

President Muhammadu Buhari and Vice President Yemi Osinbajo have decorated the new Service Chiefs. The event took place at an elaborate event at the Council...