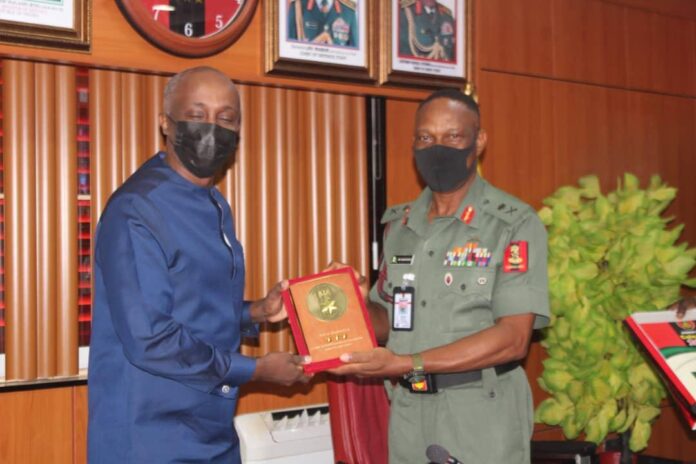 The Resident Representative of the United Nations Development Programme, UNDP, Mr Mohamed Yahya, has called on the Nigerian Army, NA, for support in the area of the organization’s activities for regional stabilization strategy, and to seek for ways to better achieve the objectives of ensuring peace and security of the North East.

Yahya made the call on Tuesday, 27 April, when he paid a courtesy call on the Chief of Army Staff, COAS, Lt Gen Ibrahim Attahiru, at the Army Headquarters in Abuja.

Thefact Nigeria reports that according to Yahya, the UNDP, with the support of the country’s Federal and State governments, has developed regional stabilization facilities with components which include Civil Military Coordination that works closely with the NA in the North East.

While applauding the numerous support the organisation has received from the NA, Yahya urged the Army not to relent.

In his response, the COAS, who was represented by the Chief of Policy and Plans, Maj Gen BI Ahanatu, commended the activities of UNDP in volatile areas such as the North East Nigeria, and assured the team that the NA will give UNDP all the required support needed to succeed in its mandate.

The COAS thanked the organisation for the visit and pledged more collaboration in the area of peace and development of the region.

A similar visit was paid to the COAS on the same day, by a delegation of the United Nations Office for West Africa and Sahel, UNOWAS, led by the Senior Human Right and Political Adviser, Mr Williams Liforgo, to solicit for collaboration to end regional insecurity around the Lake Chad Basin.

In his remarks, Mr Liforgo noted that UNOWAS was established with the regional mandate to promote peace and security in West and Central Africa Sub regions.

Further noting the security challenges in the Lake Chad Basin, Liforgo revealed that the UN Security Council has mandated his organisation to continue to engage the actors and consult further in a bid to explore various means of support to member states and other actors in the sub regions with a view to addressing the security, development and humanitarian challenges. 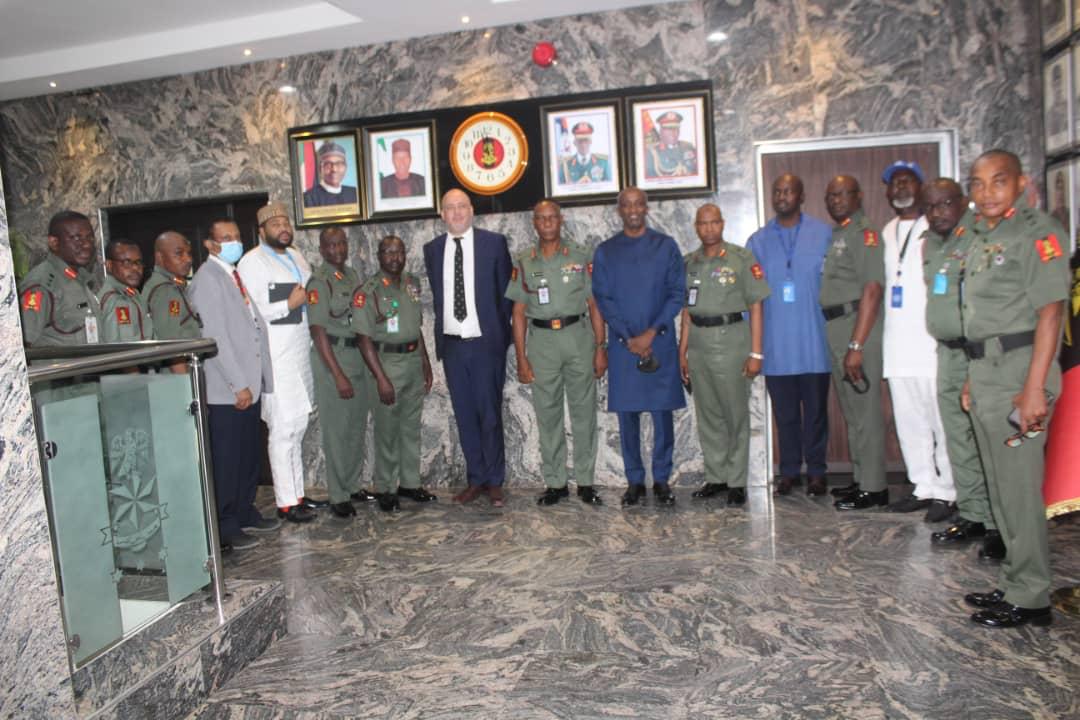 Responding, the COAS applauded the concern of the UN for peace, security and stability in the sub region, and urged the UN to always avail the NA with its plans for possible collaboration and assistance.

The Army Chief also pledged to support all UN programmes in tandem with NA activities towards ending insurgency and all forms of criminality in the sub region, adding that the NA is making concerted efforts and exploiting different avenues in ensuring peace in the Lake Chad Basin.

Highlights of the visits were the signing of the visitors register, presentation of souvenirs and group photographs with PSOs and Directors at Army Headquarters.