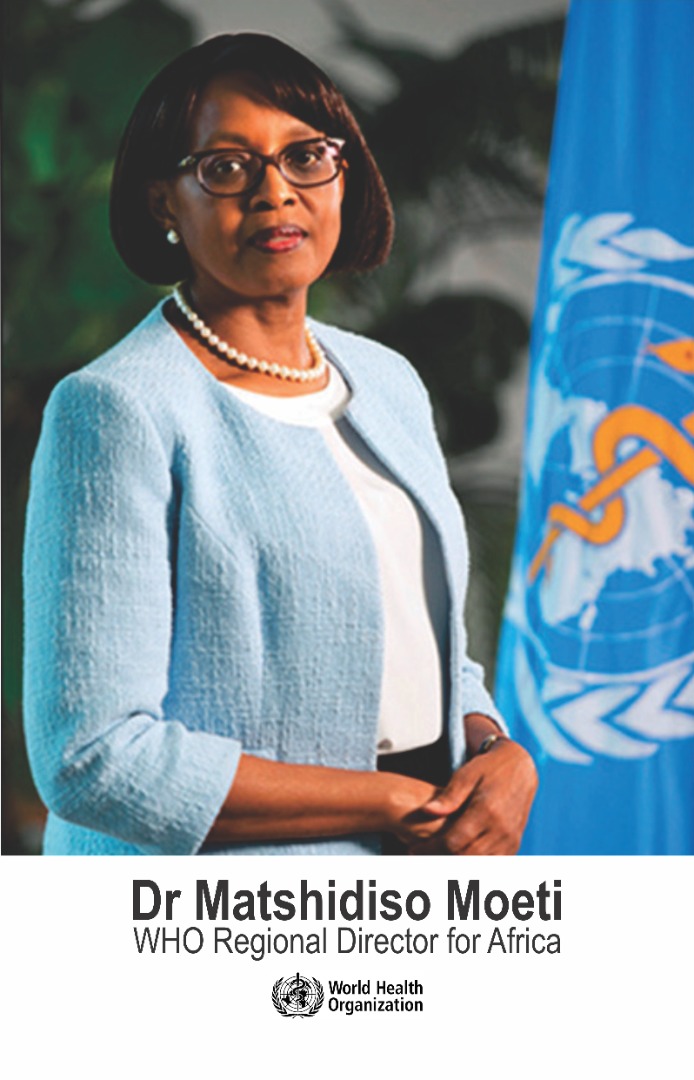 The World Health Organisation (WHO) has hinted that limited access to syringes would impede covid-19 vaccination in the future.

WHO Regional Director for Africa, Dr. Matshidiso Moeti gave the hint at a virtual press conference on Thursday, October 28, 2021.

TheFact Nigeria noted that Africa lagged behind in manufacturing of pharmaceuticals, hence making it depend on countries that did.

Dr. Moeti noted that limited access to crucial commodities such as syringes were pointers to a slow covid-19 vaccine rollout in the continent.

The WHO Regional Director for Africa noted that there was no global stockpile of the 0.3ml specialised syringes, which differ from the 0.5ml syringes used for other types of covid-19 vaccines and routine vaccination.

Hence the market for 0.3ml auto-disable syringes was tight and extremely competitive. As such, they were in short supply and will remain so through to the first quarter of next year.

She cited that some African countries, such as Kenya, Rwanda and South Africa, have experienced delays in receiving syringes and therefore called for a boost in syringe production in the continent. She said:

“The looming threat of a vaccine commodities crisis hangs over the continent. Early next year COVID-19 vaccines will start pouring into Africa, but a scarcity of syringes could paralyze progress. Drastic measures must be taken to boost syringe production, fast. Countless African lives depend on it”, said Dr. Moeti.

She however disclosed that the COVAX Facility was securing deals with syringe manufacturers and was working hard to avoid deliveries outpacing the supply of syringes.

The WHO Regional Director for Africa hinted that only five African countries, are projected to hit the year-end target of fully vaccinating 40% of their people.

They are: Seychelles, Mauritius and Morocco, Tunisia and Cabo Verde. The first three have already met the goal that was set in May by the World Health Assembly, (the world’s highest health policy-setting body). While the last two are predicted to hit the target judging by their current pace of vaccination.

Dr. Moeti further disclosed that Africa has fully vaccinated 77 million people, about 6% of its population. In comparison, over 70% of high-income countries have already vaccinated more than 40% of their people.

She added that countries still needed to improve their readiness for covid-19 vaccine rollouts:

“In Africa, planning must become much more granular. This way we can spot challenges before they arise and nip any problems in the bud. WHO is supporting African countries in developing, improving and implementing their National Vaccine Deployment Plans and continually refining their COVID-19 vaccine rollouts as they proceed,” said Dr. Moeti.

She further disclosed that WHO was conducting emergency support missions to five African countries to help support, speed up and improve their covid-19 vaccine rollouts, with plans for missions to another 10 countries this year.

The WHO Regional Director for Africa added that the organisation’s experts were working with local authorities and partners on the ground to analyze the reasons for any delays, and how best to address them.

Nearly 8.5 million COVID-19 cases and more than 217 000 deaths have been recorded in Africa. In the week ending on October 24, there were more than 29 300 new cases, a drop of nearly 30% compared with the previous week. But 10 African countries are still in resurgence, including four with upward trend or high plateau: Gabon, Congo, Cameroon and Egypt. The Delta variant has been found in 41 countries, the Alpha variant in 47, and Beta in 43.

In October to date, around 50 million COVID-19 vaccine doses have arrived in Africa, which is almost double what was shipped in September. COVAX, the global platform to ensure equitable access to vaccines, has delivered almost 90% percent of the vaccines deployed this month and has accelerated its shipments since July. However, at the current pace, Africa still faces a 275 million shortfall of COVID-19 vaccines against the year-end target of fully vaccinating 40% of its people.