The Economic and Financial Crimes Commission, EFCC, has called on Non-governmental Organisations, NGOs, and Civil Society Organisations, CSOs, in the country to register with the Special Control Unit against Money Laundering, SCUML, noting that they are inherently susceptible to being used by money launderers.

Ahmed Ghali, the Commission’s Lagos Zonal Head, speaking today during a sensitization programme on SCUML organized by the AML/ CTF Forum in partnership with NGOs, CSOs Consortium in collaboration with ECOWAS/ GIABA in Lagos, said that registration with SCUML has become necessary as a way of monitoring and reducing the risk of subversive use of the NGOs and CSOs by money launderers and terrorism financiers.

Ghali, who was represented by his Deputy and Head of Procurement Fraud Section, PFS, Emeka Okonjo, lauded the organisers for sensitizing the public on the roles and activities of SCUML.

He reiterated that the EFCC, since its establishment, had been grappling with the menace of money laundering and terrorism financing, among other corruption and economic and financial crimes.

Ghali described money laundering and terrorism financing as condemnable, and decried the pathetic situation in which those involved in the criminal act have been found to be providing financial support for individual terrorists with the illicit funds.

“It is against this backdrop that the Financial Action Task Force on Money Laundering has made recommendations and guidelines for members relating to counter- terrorism financing”, he said.

He further said that NGOs and CSOs can be used by money launderers and terrorists under the guise of obtaining funds for the promotion of civil rights and charitable purposes.

“Besides, it is difficult to trail and trace suspicious transactions because some NGOs and CSOs may have unpredictable and unusual income and expenditure streams.” 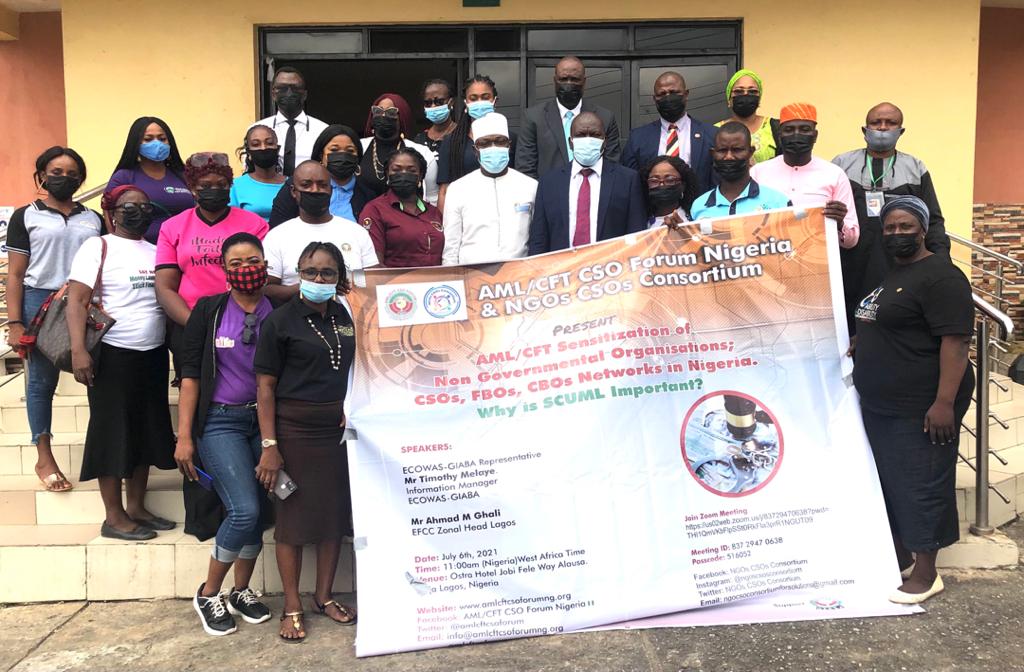 Ghali, however, added that the subversive use and manipulation of NGOs and CSOs, could be checked if they register with SCUML, which is operationally domiciled within the EFCC.

He assured the organisers that the EFCC would continue to engage relevant stakeholders through sustained enlightenment activities on the need for NGOs and CSOs to key into the activities of SCUML.