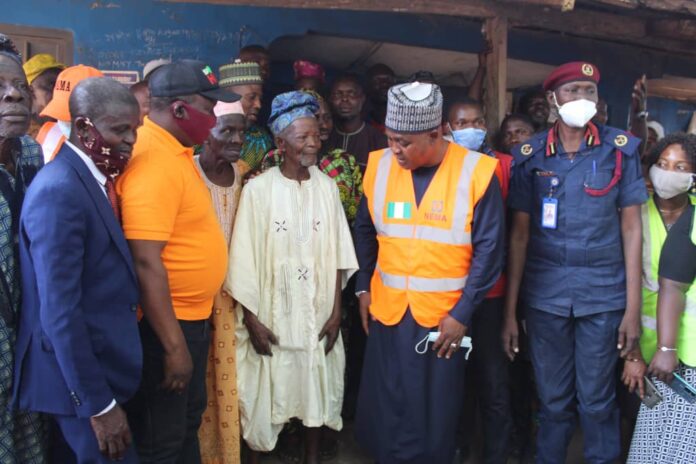 A technical team despatched by the National Emergency Management Agency, (NEMA), to conduct detailed assessment of the Shasha situation has arrived Ibadan.

The team is comprised of staff from NEMA Headquarters, Southwest zonal office and Lagos Territorial Office.

This information was obtained from
@nemanigeria, the official twitter handle of the National Emergency Management Agency, which is established to manage disasters in Nigeria.

@nemanigeria wrote: “Director Relief and Rehabilitation Dr Onimode Bandele on behalf of AVM MA Muhammed (rtd) led a team to Ibadan yesterday on assessment of the recent unfortunate crisis in Shasha that affected the community and resulted in displacement of many persons.

“Dr Onimode conveyed the sympathy of the DG NEMA and assurances of supports from the President, HE, @MBuhari through the HM, @Sadiya_farouq.

“He also led the team on visit to the epicentre of the crisis, Shasha market and addressed some of the displaced persons”.

Recall that several lives have been lost after a clash occasioned by the fatal stabbing of a cobbler by a cart pusher in Shasha market, Ibadan, Oyo State,had degenerated into a conflict.

The two men had a misunderstanding and in the process, the cart pusher stabbed the cobbler with a knife.

The victim of the stabbing which took place on Thursday was confirmed dead in a hospital on Friday morning.

This led to a crisis in the community between the Hausa and the Yorubas which within hours, the had spread beyond the market, with the Hausa and Yoruba communities in Akinyele Local Government Area, where the market is located, went after each other.