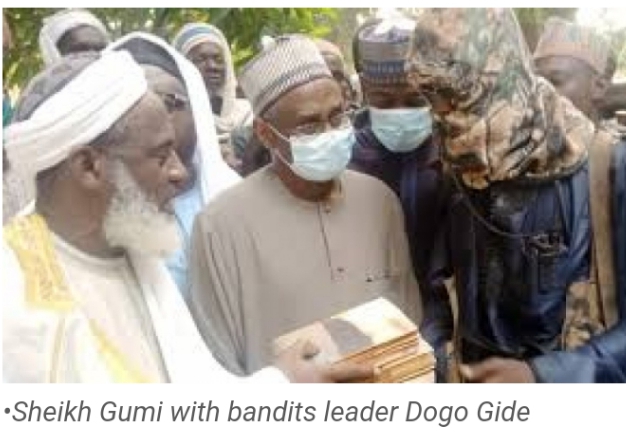 Following reports yesteeday that negotiations with the abductors of the Kagara school students and others, for their release, hopes were raised, only to be dashed as the bandits insist on a N500m ransome.

The Secretary to the Government of Niger State (SSG), Ahmed Ibrahim Matane, who is on the team negotiating with the bandits, said the bandits are also demanding for the release of their men being held by security.

TheFact Nigeria gathered that Smsecurity agents, who have been able to identify the location of the abductees, and Governor Abubakar Sani Bello, had mounted pressure on the bandits for most of yesterday, but they would not budge.

Kaduna-based cleric, Sheikh Ahmad Gumi joined the drive to free the abductees on Thursday when he, in company with some government officials, met the bandits in the forest, but could not secure their freedom without the ransome payment.

Governor Bello insisted that he would not pay ransom to bandits, and that the abductees must be freed unconditionally, explaining that ransoms collected were being used to purchase more arms and ammunitions which they in turn use to terrorise the people.

He however expressed his willingness to reintegrate the bandits into the society and help them live normal lives once they down their arms.

Addressing the press in Minna yesterday afternoon, Governor Bello confirmed that the abductees had not been released but said, “They could be released in a matter of hours or days.”

“At the moment, there is no additional information apart from the one we have at hand. Our priority is to make sure we bring back the students safe, things are speculated or rumoured, but we cannot work with these at situations like this,” he said.

The governor assured parents and families of the victims to be hopeful as everything possible was being done to secure thier release.

Meanwhile, TheFact has confirmed that the kidnapped Kagara students and others, are being held hostage at the Dutsen-Magaji forest in the Rafi Local Government Area of the state, and is the venue of the meeting Sheikh Gumi and some government officials held on Thursday with the heavily armed bandits, led by someone identified as Dogo Gide.

Gumi addressing the bandits reminded them that Islam was against taking the lives of innocent people, and appealed to them to embrace peace by laying down their arms.

He said that he would continue to liase with the state government to explore whatever assistance and support the government would give to them with a view to achieving the set objectives.

Some of the commanders, in their separate remarks, applauded the state government for the peace process.

Sheikh Ahmed Gumi also distributed Islamic Books to the Bandits to teach them the doctrine of Islam.

The Niger State SSG, who was in the Gumi team, also addressed the bandits and their commanders in Dutsen Magaji forest, urging them to embrace peace dialogue being initiated by the government.

He said the peace dialogue would bring an end to the security challenges faced by the state.