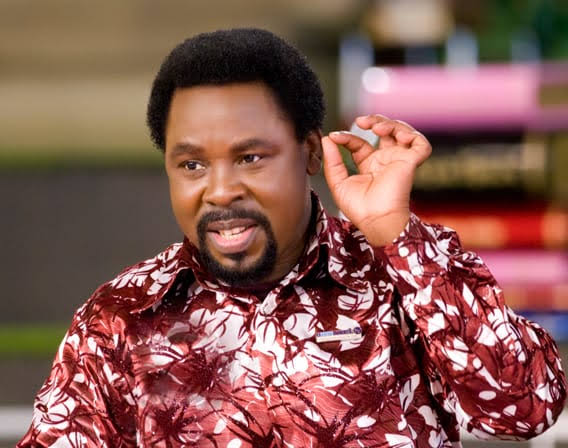 Founder of the Synagogue Church of All Nation ( SCOAN) Prophet Temitope Joshua has been laid to rest amid tears and tributes from his followers at the church premises in Ikotun Lagos.

TB Joshua was laid to rest on Friday in the presence of family and selected guest.

TheFact Nigeria recalled that the prophet died after a church service at SCOAN on June 5 , few days to his 58 birthday anniversary.

The week-long funeral activities which started on July 5 was tagged: ‘Celebrating the Life and Legacy of Prophet Joshua (1963 to 2021)’, was watched by many across the world.

Ondo State Governor, Rotimi Akeredolu who also witnessed the ceremony said”The people of Ondo State, Nigeria and the entire world have lost a rare gem, a special breed and a worthy citizen and a true son of Ondo State.

“His passing is not only a loss to the people of Ondo, his own town, Ori Agidi Okoko, but a loss to humanity. The indelible prints and impacts of our dear brother, T.B Joshua are visible not only in Ondo, our State, they’re visible in many parts of Nigeria and in fact, throughout the world.

“No wonder this is a world congregation. I’m not too sure we’ve had the world so congregated in this number from different countries in many such services, maybe, that of Nelson Mandela but the world is more represented here than when Nelson Mandela was buried. Indeed it was and is being globally acknowledged today by all of us.”

Governor of Lagos State,Babajide Sanwo-Olu, who was represented by the state Commissioner for Home Affairs, Olarewaju Elegushi, said the late prophet fulfilled his destiny on earth by living for others.He encouraged christians to long for the spirit of dedication shown by SCOAN founder.

“His life should encourage us to renew our hope in Christ.

“Unity, peace, progress and love should be our watchword as christians,” he said.

Sanwo-Olu charged Christians to emulate the late prophet’s life and live in peace with everyone without discriminating.

CAN Condemns Attack On Dunamis Church