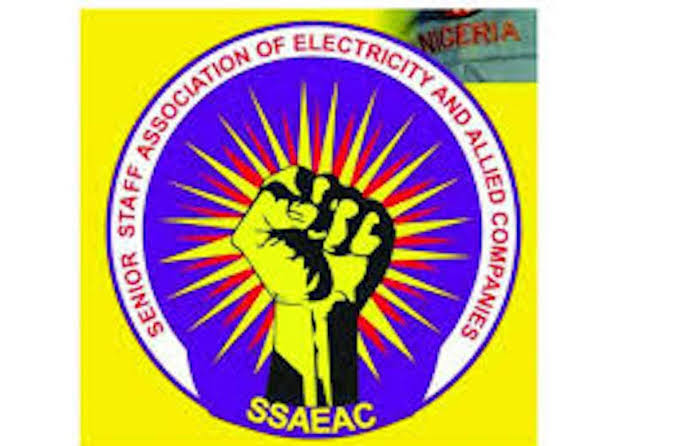 The Senior Staff Association of Electricity and Allied Companies (SSAEAC) and the National Union of Electricity Employees (NUE) at TCN have lauded the management of TCN for not extending the appointment of Chris Okonkwo, a General Manager the national president of the SSAEAC, who was appointment at TCN since 2014.

A joint statement signed by the Regional Branch President of SSAEAC-TCN, Ibrahim Mohammed and the Chapter Chairman of NUEE, TCN headquarters, Chris Adah, said Okonkwo who was GM Special Duties was not duly transferred to TCN but was on political appointment for six years.

“Notwithstanding, he had proven to execute so poorly so much that TCN Management kept managing him and post him to other departments to see if he could deliver to no avail,” it said.

The unions mentioned various lapses under Okonkwo’s reign as the national president of SSAEAC saying he divided SSAEAC and promoted sentiments, too TCN Management and fellow union members to several courts for different reasons.

The unions said, “He must render accounts of his stewardship. He must account for our check offs remittance over the years. TCN would enjoy peace and tranquility for enhanced productivity in the power sector.”

SSAEAC TCN Branch also pledged its unalloyed support to work with the current Management of TCN, our sister Union NUEE, Ministry of Power and Ministry of Labour and Productivity towards the power sector improvement.

The Managing Director of TCN, Mr Usman Gur Mohammed in a signed letter dated 24th April 2020, has directed that the General Manager, Special Duties at TCN, Engr. Chris Okonkwo stopped coming to work as his posting to TCN from the Ministry of Power in 2014 had lapsed for nearly two years.

Okonkwo in a response letter signed on 11th May 2020 said he was not ‘appointed’ in 2014 because he was a career and core power sector staff with continuous service year of 20 at that time.

However, Okonkwo said: “My appointment was in the line of my competence and contributions in the defunct PHCN.”

“My letter of Appointment/Promotion being in furtherance of my service, did not carry term or tenure of service since subject to Civil/Public Service Rule of 60 years age or 35 years length of service bar,” he noted.