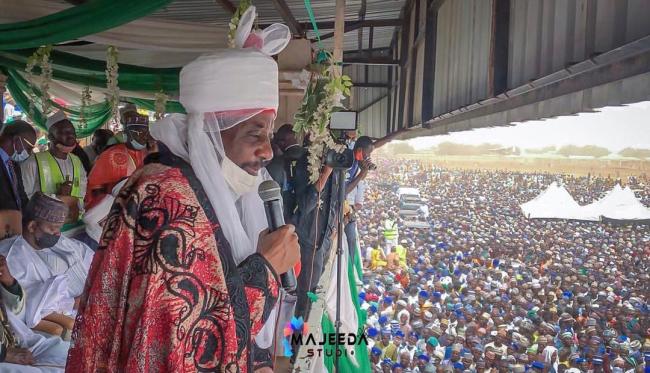 The event took place on Friday at the annual gathering of the sect in Sokoto in their large numbers gathered amid of COVID-19 to felicitate with the former Emir, Sanusi on his new chair.

The Tijjaniyya sect has the largest membership across West and North Africa according to a report.

The report also said former Emir Sanusi’s grandfather, who was also Emir of Kano, Muhammadu Sanusi I, was the first leader of the sect in Nigeria.

After his death, the sect broke into two factions following the selection of Isiyaka Rabiu, a popular religious leader in Kano, as his successor.

One faction is behind Sheikh Dahiru Bauchi, a popular preacher and glued to its different ways until Mr Rabiu’s passed on. 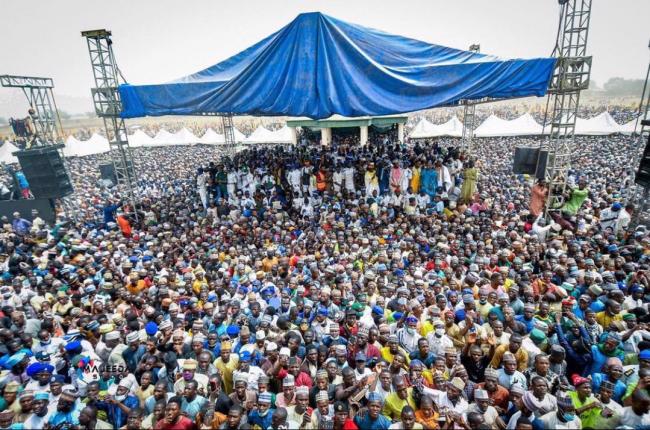 On Friday, members and leaders of the two factions met in Sokoto and selected Sanusi as the group’s new leader.

Bauchi was among top leaders of the sect in Nigeria at the event.

Ahmed Almustapha, a member of the sect said, members were happy with Sanusi’s selection.

“This is a welcome development. We all accept the selection of Sanusi as the new leader of Tijjaniya. With him, the sect will be united again.

“Sanusi is well educated both in Islamic and western education. His leadership will make the sect stronger and with unity among us,” he said.