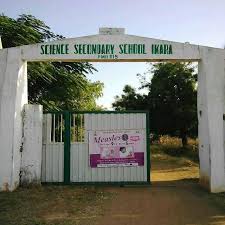 The military foiled an attack by bandits on another Kaduna school with over 307 students on Sunday morning.

According to the Commissioner for Internal Security and Home Affairs in Kaduna state, Samuel Aruwan, the attack was launched at the Government Science Secondary School, Ikara, noting that the 307 students are safe.

Speaking during a briefing today, Aruwan said the bandits attempted to kidnap the students at the school in Ikara, Ikara LGA between Saturday night and Sunday morning.

“The students utilized the security warning system in place, and were thus able to alert security forces in the area.

“The security forces comprising the troops of the Nigerian Army, Police and some security volunteers moved swiftly to the school and engaged the bandits, forcing them to flee. The attempted kidnap was foiled,” he said.

Recall that about 48 hours ago, 39 students were abducted from the Federal College of Forestry Mechanisation in Afaka, Igabi LGA of Kaduna state

The gunmen were reportedly heading to a secondary school but when they learnt that security had been beefed up at their target location, they invaded the school.

It was also learnt that the bandits had attempted kidnapping students at a Turkish school in the state before they were repelled all within this period.

Also recall that the bandits had the previous Saturday, about nine days ago, invaded the quarters of the Federal Airport Authority of Nigeria (FAAN) in Kaduna and kidnapped some persons before they were repelled.