The Chief of Army Staff (COAS), Lt Gen Faruk Yahaya, has averred that the Nigerian Army under his administration remains focused on training of troops for professional competence to tackle security challenges in the country.

TheFact Daily recalls that Yahaya had last week in Kaduna, while delivering a lecture on his vision for the Nigerian Army, listed professionalism, readiness, administration and cooperation with other security agencies and stakeholders, as pillars upon which his vision for the Army was hinged.

In his address, the COAS noted that the workshop themed, “Equipment Maintenance and Operational Efficiency: The Role of Operational and Tactical Level Commanders in the Nigerian Army as well as Sister Services through Inter Agency Cooperation” is apt and in consonance with his vision for the Nigerian Army.

He expressed optimism that the workshop would shape the operational focus and approaches of Commanding Officers and Junior Commanders toward operating effectively and efficiently in a joint environment. 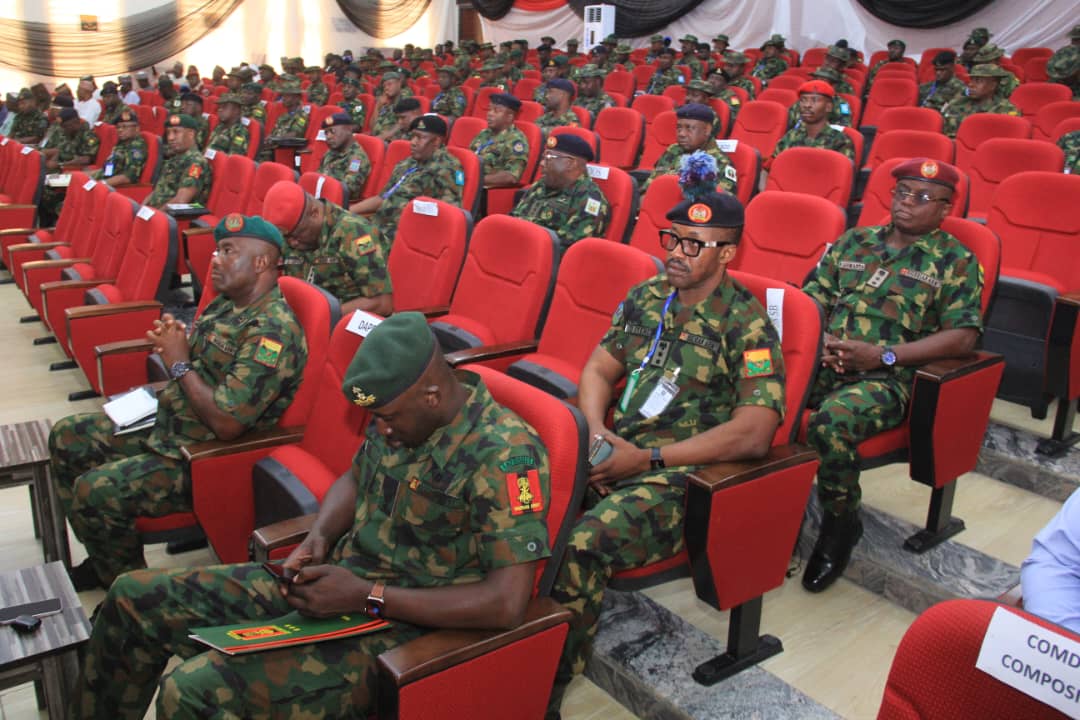 In his goodwill message, the Governor of Sokoto State, Aminu Waziri Tambuwal, lauded the contributions of the Nigerian Army to the maintenance of peace and security in the state and the nation at large, adding that synergy with other services and security agencies has further enhanced the fight against insecurity in the
northwest.

In the same vein, His Eminence the Sultan of Sokoto, Alh Sa’ad Abubakar III, commended troops of the Nigerian Army Lt Gen Faruk Yahaya’s administration, for their effort and sacrifices in maintaining security in the country. The Royal father also prayed for peace in the nation.

Earlier in his welcome address, the General Officer Commanding 8 Division Nigerian Army/ Commander Operation HADARIN DAJI, Maj Gen Uwem Bassey, appreciated the COAS for approving 8 Division to host the Workshop and for providing the logistics support for the training.

He assured the COAS of the continued commitment of officers and soldiers of 8 Division to ongoing operations to turn the tide against the nation’s adversaries.