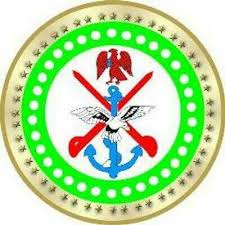 The Defence Headquarters, DHQ, has said that troops of Operation HADIN KAI have rescued 3 abducted Chibok girls and 19 abductees, as well as neutralized 252 terrorists.

Danmadami gave the names of the rescued girls as Jinkai Yama, Falmata Lawal and Asabe Ali, adding that they were on serial numbers 3, 20 and 24 of the abducted Chibok girls list.

According to the director, the rescue operation took place following operational activities of troops of Operation HADIN KAI, on the fringes of various villages and communities in Yobe State.

He also disclosed that 52 suspected terrorists were neutralized and 14 arrested. A suspected foreign arms dealer and logistics supplier to the Boko Haram Terrorists/Islamic State of West Africa Province (ISWAP), named Mallam Abatcha Bukar was equally arrested with assorted injections, 2 Automated Teller Machine Cards and the sum of N294,520.00 only.

The Director revealed that coordinated attacks on identified terrorist enclaves in Borno State by the land and air component of Operation HADIN KAI, saw the neutralization of a large number of the insurgents, and the mopping up of fleeing terrorists.

Over 200 terrorists, Danmadami said, were neutralized, including 5 high profile vommanders, while a total of 556 suspected BHT/ISWAP terrorists and their families, surrendered to troops at different locations. Of these, 115 were adult males, 189 were females and 252 were children.

All arrested suspects and recovered items have been handed over to the appropriate authority while the surrendered terrorists and their families are being profiled for further action.

The military high command, while commending the efforts of Nigerian troops across various theatres of operation in the country, also acknowledged the media community for their partnership, and urged Nigerians to continue to provide prompt and creditable information on the activities of enemies of our beloved nation, in their locality.