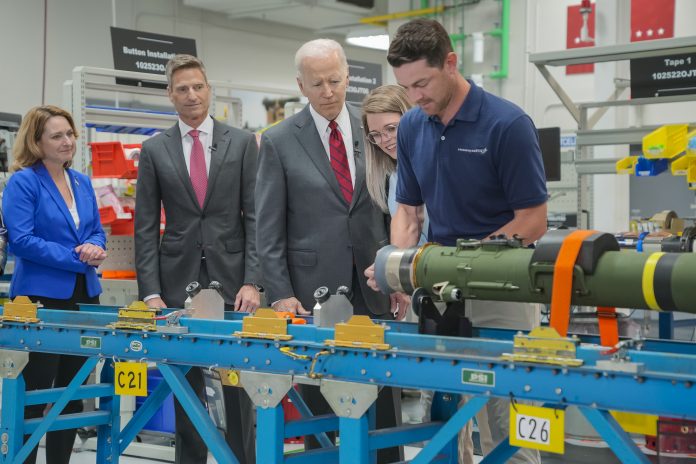 The United States President, Joe Biden said, so far his government has spent over $3 billion in security assistance to Ukraine.

The funds, according to him, was a direct investment in defending freedom and democracy itself.

He said, “since Russia attacked Ukraine just over two months ago, we have sent more than $3 billion in security assistance to Ukraine.

“That money is a direct investment in defending freedom and democracy itself”.

“Last week, I sent Congress a supplemental budget request to make sure we can continue to send Ukraine weapons and continue to provide economic and humanitarian assistance.

“I urge Congress to pass this funding quickly to help Ukraine defend against ongoing Russian aggression”, he said.

The U.S President said, Lockheed Martin factory in Alabama was building Javelin missiles that were being sent to Ukraine.

“Today, I visited a Lockheed Martin factory in Alabama that’s building the Javelin missiles we’re sending to Ukraine. The weapons built here — now in the hands of Ukrainian heroes — are making all the difference. That’s something we can all be proud of”, he said.