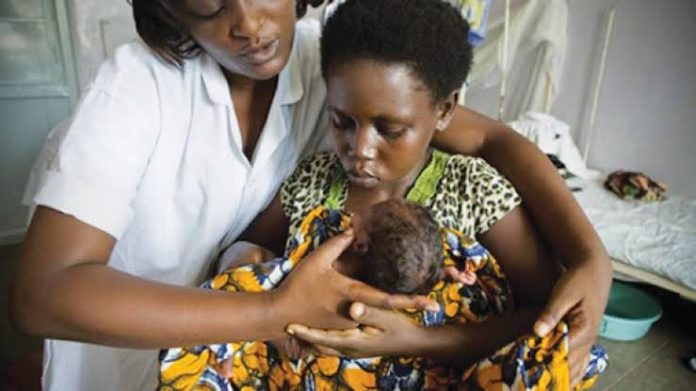 The Reproductive, Maternal, Newborn, Child, Adolescent and Elderly Health Plus Nutrition (RMNCAEH+N) was part of Federal Government’s strategies towards realizing the Sustainable Development Goals and attainment of Universal Health Coverage for the country.

The federal government believes that the issues confronting the health of the Family in Nigeria were multidimensional, thus, required an integrated, multi-sectoral approach as no one institution could handle the task.

Launched in October, 2020, the Multi-Stakeholder Partnership Coordination Platform was aimed at harnessing the relative strengths of the diverse stakeholders and create opportunities to pull resources together in order to maximize outcomes for attainment of the shared vision for Nigerians, particularly the vulnerable population.

The platform which has the motto: partnering for wellbeing of women, children, adolescents, and the elderly, encapsulates the core values that drive Universal Health Coverage, with the aim of leaving no one behind.

Prior to the launch, the Minister of Health, Dr. Osagie Ehanire said, RMNCAEH+N Platform would bring to actualization, President Muhammadu Buhari’s vision towards improving the health of the vulnerable populace.

He noted that the present administration has made remarkable progress towards improvement of child survival and safe motherhood. This he said, was achieved through the provision of ready-to-use therapeutic food and sustaining FP2020 commitments to ensure availability of family planning services to women of reproductive age amongst other things.

Speaking at the meeting, the Minister disclosed that “modest progress” had been made.

He attributed the small process recorded to some of the challenges confronting the sector.

“The major factor in maternal mortality is the delay in reaching the health facility, apart from the fact that we are working on improving health facilities, we all know that the strategy of the Federal Ministry of Health is to have one functional primary Healthcare Centre in every political ward, which gives us about 8,800 of that, we have barely 20% of that fully functional and by fully functional means such a phc can provide Medical Services 24hours a day, with staff working in shifts. Which means that the PHC would have a source of reliable electricity, water supply and perimeter fencing”.

He also mentioned the lack of effective Ambulance Services to convey patients in times of emergency as one of the factor millitating against the achievement of RMNCAEH+N.

On achievements so far recorded, he said, the development of an Annual Operational Plan which is at about 90% completion.

Highlighting other recent developments on the platform, he said: “Other notable accomplishments include strengthened partnership with Federal Ministry of Health parastatals like the National Primary Health Care Development Agency (NPHCDA) and the National Health Insurance Authority (NHIA), demonstrated by the harmonisation of Community Health Influencers, Promoters and Services (CHIPS) program, which was launched during the PHC summit, and inauguration of the Ministerial committee on provision of health insurance for retirees and older persons, that ensures the elderly are not left behind”.

The Health Czar further disclosed that, as part of RMNCAEH+N commitments, the Federal Government of Nigeria was working to ensure availability of family planning commodities and services, by launching the FP2030 commitment, which is aimed at increasing domestic funding and sustainable financing through earmarking of 1% health budgets, at federal and state levels.

“We are optimistic that Nigeria will attain its vision with a strategy that allows eligible citizens, including adolescents, young people, and vulnerable populations, to make informed choices and get equitable, affordable access to quality Family Planning and participation in national development. This is the goal of the FP2030 commitment”, Ehanire said.

He added: “Maternal and Perinatal Death Surveillance and Response (MPDSR) is a priority initiative, that gives the serious subject of maternal, perinatal and infant mortality and morbidity audit the attention required, to learn lessons that help us avert future occurrence.

“The initiative has indeed been expanded to incorporate child mortality audit, making it now the Maternal Perinatal and Child Death Surveillance and Response (MPCDSR). The enabling bill has been passed by the National Assembly, and is awaiting Presidential assent”.

Making a presentation on the journey so far, with regards Maternal and Newborns Reproductive Health, Director, Family Health Services, Federal Ministry of Health, Dr. Salma Anas asserted: “We are on track, because we knew where we were coming from, we understood the whole problem and that was what led the Honourable Minister to establish a more robust coordination platform that will bring everybody together, working at the same pace and achieving the same results”.

She continued: “The journey has been very, very slow in the past, from the measure that we have seen, which was revealed by the NDHS of 2018.

“Representative of the National Population Commission also noted that these group of vulnerable people are very, very important to achieve any meaningful change in our Democratic Journey transition, if we want to achieve any movement.

“Covid also told us that even though women and children are not directly affected in terms of disease burden, they also suffer the most in terms of accessing services. We could not deliver family planning commodities, children were not getting their immunisation, so a lot of people began to talk about the vulnerable people.

“I strongly believe that the easiest intervention that will show difference within the shortest possible time is RMNCAEH+N interventions”, she said.

He remarked: “Rotary has been very active in Nigeria for many years, especially for eradication of polio. We have now added maternal and child health issues into our portfolio in the country. Our expectation is to increase the present contraceptive prevalence rate from the present 15 per cent to above 30 per cent in the next four to five years.

“Our expectation is to drastically reduce maternal mortality in the country, which is at the moment, 512 women dying out of 100,000 live births. That ranks very high in the world and we have been doing a lot of work in terms of advocacy, supply of equipment and facilities, capacity building in the country”.

Giving a hint on Rotary’s next contribution to maternal and child health in Nigeria, Prof. Adedolapo said: “Our next programme is a new grant that we are going to pursue, it is going to go into the wards, the grassroots, the Primary Healthcare Centres in the country and we are going to concentrate on outreaches so that people who are really concerned, where 70 per cent of birth is occurring rarely get the benefit of modern contraception and also get the best counselling to be able to reduce preventable maternal deaths as a result of postpartum haemorrhage, sepsis and other causes of maternal deaths in the country,” he said.

ICPC, AACAS To Collaborate Against Graft