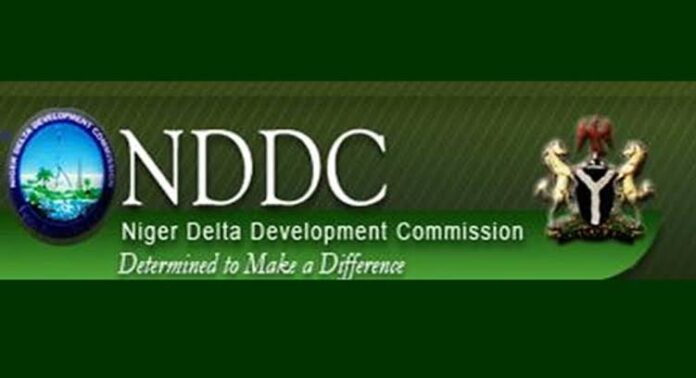 The Forensic Audit exercise in Rivers and Delta states to ascertain the performance of the Niger Delta Development Commission (NDDC) from 2001– 2019 in these states has attained 80 percent completion.

According to the Director of Press and Public Relations in the ministry of Niger Delta Affairs, Deworitshe Patricia in a statement on Friday, the exercise would soon be completed as scheduled.

The NDDC State Director, Rivers State, Barrister George Ero and his Delta State counterpart Engr. Emmanuel Audu Ohwaborua alluded that the forensic audit has been on in their respective states in line with President Muhammadu Buhari’s directives.

Barrister Ero revealed that Rivers State which is made up of 23 Local Government Areas has over 3,000 projects listed, making up 35% of the Commission’s project portfolio, while Delta State has over 2,000 projects listed and one-third of the projects are located in the coastal areas.

According to Barrister Ero, “the auditors have been visiting various project sites for inspection in batches to verify the physical extent of work done and we have achieved some measurable results to show that a lot of ground have been covered in this regard, despite the limited numbers of personnel, logistics and security concerns”.

“We must commend Mr. President and the Minister of Niger Delta Affairs, Sen. Godswill Akpabio for insisting on the forensic audit exercise, as this would help to establish the true state of the projects so that appropriate actions would be taken. The field forensic audit has shown that the NDDC has a lot to showcase for the funds allocated to it over the years”, he noted.

Some of the project site visited by the forensic auditors includes; Provision of Transformers and Emergency Repairs of roads in various areas in Obio-Akpor LGA, in Rivers State. 550 meters Shore Protection Project at Ugborodo Community, Land Reclamation Project at Akpakpa-Ajudiabo Community, Canalization of Oporoza and others in Warri South-West LGA.

Also the provision for Tables and Chairs by NDDC at Ezemu Girls Grammar School Ubulu-Uku in Aniocha South LGA, ongoing Construction and Earth Work at Onicha-Uku to Idumu-Ogo Road, Anioma North and others in Delta State.

In all areas visited the people of various communities appreciated the Federal Government for the conduct of Forensic Audit of NDDC, noting that it will help to reposition the NDDC for optimal performance.

Buhari Visits Troops, Insists War On Terrorism Must Be Concluded