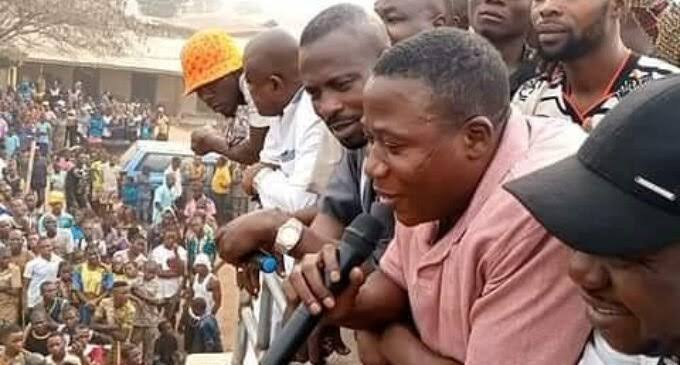 Spokesman for Sunday Igboho, the Yoruba nation agitator, Olayomi Koiki, has said that there is no going back on plans to hold a rally in Lagos, despite warnings by Lagos Commissioner of Police, CP Hakeem Odumosu, against such activity.

Koiki said the rally, billed for tomorrow, 3 July, will go ahead at Ojota, despite the storming of Igboho’s Ibadan home by the DSS and the arrest of 13 people.

Thefact Nigeria had reported that operatives of the State Security Service had, on Wednesday, raided Igboho’s Ibadan home, following reports that Mr Igboho “was stockpiling arms to cause unrest”. During the operation, several weapons and amulets were seized, among other items, and thirteen persons rounded up.

In a video posted on Facebook, Koiki said, “I can still confirm officially that the Lagos rally, in as much as whatever news or rumours you’ve been listening to from different outlets, will go as planned”.

“I have spoken to the organisers, nothing has changed so far. 3rd of July from exactly 9:00am in the morning. The whole arrangement and planning is going on.

“I’ve spoken with the general Secretary of Ilana Omo Odua, George Akinola, and also in the early hours before noon, I spoke with Banji Akintoye and he is working tirelessly for the release of those taken away.

“We might get a form of video from Igboho about the Lagos rally, which might be released, we’ll be deciding that in the next 24 hours”, Koiki said.

Koiki further said that Igboho had asked him to tell the people “not to be weighed down about what happened”, and that “he (Igboho) is standing with the Yoruba Nation agenda”.

The DSS, which declared Igboho wanted on Thursday and asked him to surrender to the nearest security agency, claimed that he and his group, in the guise of campaign for self-determination, have become well-armed and determined to undermine public order, and that he was planning to wage a violent insurrection against the Nigerian State.