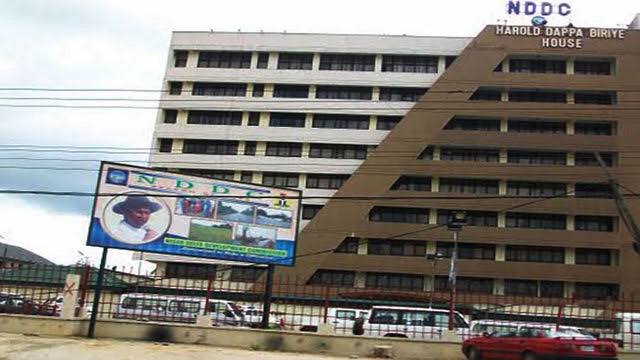 The Presidential Monitoring Committee (PMC) on Niger Delta Development Commission (PMC-NDDC) having been reconstituted and inaugurated on February 27, 2020, held its second meeting on Thursday, May 14, 2020 during which it reviewed the activities of the Interim Management Committee (IMC) of the NDDC in the context of the efforts of the Federal Government of Nigeria for the development of the Niger Delta Region.

The PMC applauded the President for the extension of the tenure of office of the Interim Management Committee (IMC) of the NDDC to 31st December, 2020 in order to allow the IMC superintend the satisfactory  conclusion of the on-going forensic audit of the Commission and to thus reposition NDDC to be able to deliver on its mandate effectively going forward.

According to a statement singed by the Committee’s Secretary, Mr. Alfred A. Abah, the Committee received extensive brief from the Ag. Managing Director of the Commission, Professor Kemebradikumo Daniel Pondei and commended the efforts of the IMC in frontally addressing some of the challenges of the Commission underscored by the following actions:

The near practical completion of the Headquarter projects which was started about 24 years ago. It was disclosed that barring any unforeseen circumstance, the building will be commissioned in June, 2020; Payment of substantial portion of the backlog of debts owed Contractors for jobs completed for more than five years ago and verified, in the category of N100million and below;

Settlement of backlog of outstanding Staff claims and entitlements that has brought big relief to Staff of the Commission; On-going implementation of the provision of palliatives, which includes the provision of critical medical equipment (Ventilator, Mobile X-ray Machines, etc) and supplies, stimulus relief packages for the less

priviledged in the 185 LGAs and grassroots publicity and enlightenment campaign towards the containment of the spread of the novel Corona Virus (COVID-19) in the Niger-Delta Region; and

The PMC advised the IMC to ensure active involvement of the State Governments of the Region in the distribution of the palliatives, as well as ensure that they give special attention to the needy and vulnerable in view of the fact that the lock down period may be longer than envisaged.

He disclosed that following the advice of the Lead Consultant on the Forensic Audit exercise, the Commission placed certain members of staff on mandatory leave with full benefits, pending the conclusion and outcome of the on-going forensic audit.

Some of the affected staff were those already indicted by anti-corruption agencies as the EFCC for acts of financial impropriety and corruption and whose continuous presence at their duty posts could interfere, impair, undermine or compromise the objective of the forensic audit exercise.

The Ag. Managing Director disclosed on a reported threat of arson at the headquarters of the NDDC and stated that the IMC is not taking the threat lightly as it has duly notified the Nigeria Police Force and strengthened security and surveillance at its Headquarters. He blamed all these developments on the efforts of traducers to scuttle the forensic audit exercise.

The PMC-NDDC received highlights of the reports of the former PMC and assured that it would strive to ensure that the observations and recommendations therein are implemented to address observed anomalies in the operations of the Commission.

Critical amongst the findings were:The non-involvement of the beneficiaries Communities in identification of project needs; Post-project ownership issues; Lack of maintenance on projects, as well as inadequate supervision of project during execution amongst others.

Soludo, Ibezim, To Receive Certificate Of Return On Friday -INEC