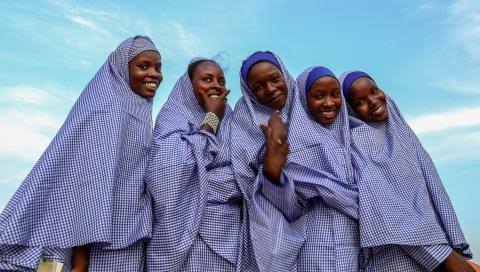 At least 1.5 million additional girls have been enrolled in school within the timeframe of the Girls’ Education Programme Phase 3 (GEP3) project embarked on by the Federal Ministry of Education, the Foreign, Commonwealth and Development Office (FCDO) of the UK, and the United Nations Children’s Fund (UNICEF).

Partners in the project disclosed this at the national closing ceremony of GEP3 held on Thursday, November 24, 2022 in Abuja.

They reported that the programme’s investment of $109 million yielded positive results in enrolling an additional 1.5 million girls into school, far exceeding the project’s target.

The project which was launched in response to the low levels of participation of girls in schooling, across six northern Nigerian states of Katsina, Kano, Niger, Sokoto, Zamfara and Bauchi lasted from 2012 to 2022.

Reviews from the project revealed that
the attendance rate of girls in primary schools in the six states improved from 43% to 70%, while gender parity improved from 0.73 to 0.97.

The Minister of Education, Mallam Adamu Adamu, reacting to the successes made by the project said the country would leverage on the success of GEP3 to make better decisions in enrolling more girls in school:

“In our commitment to drastically reduce the number of Out of School Children, Nigeria appreciates the scaling of evidence-based solution in tackling this menace as provided through the GEP3.
As we continue on this path, we would leverage on the success of GEP3 to plan better, budget better, and make better decisions in putting more Girl- Child in school”, he said.

On her part, UNICEF Representative in Nigeria, Cristian Munduate noted that the project, in addition to improving school enrollment caused shift in mindsets about the importance of girls’ education:

“GEP3 has not only been successful in getting more girls into formal and non-formal schools, but it has also improved learning outcomes. GEP3 has raised the profile of educated girls, created new positive social norms in many communities and enabled a transformational shift in mindsets about the importance of girls’ education. It is critical that we advocate scaling of the approach in all states.

“I express the deep appreciation of UNICEF to the UK Government for this long-term commitment and funding for girls’ access to primary school in northern Nigeria. Together there remains much work to be done, to ensure that girls transition to, and complete secondary education. This is important not only for the economic prosperity and wellbeing of the girl and her family, but to stem the high population growth expected in Nigeria. We see FCDO and the government of Nigeria as steadfast partners in this complex endeavour”, she said.

One of the beneficiaries of the project, Maryam Lawal, a student of Government Secondary School Danbatta, Kano state said GEP 3 had taught her to take care of herself and speak against violence:

“I’ve benefitted a lot from GEP 3, I learnt how to take care of myself and speak against violence. It has encouraged more girls to go to school, especially in the rural areas, girls do not go to school due to their parents’ traditional beliefs that it is better for the girl child to get married. GEP 3 had a committee that enlighten the parents and traditional rulers on the importance of girl child education before marriage”, she said.

Furthermore, British High Commissioner to Nigeria, Catriona Laing stated that the
GEP 3 had ended its phase, but the whole idea was to continue working with the six states where the project took place.

“We already have the commitement of the Government (both state and local governments) as well as the public institutions of education to scale this up.

“The model has been proven to be very effective, to give results in a very short period of time.

“Now we have 1.5 million children who are not only in school but are receiving quality education, Quality learning is an urgency in Nigeria”.

She added that the GEP 3 had been one of the UK’s largest bilateral Girls’ Education programmes globally.

“We have seen good progress in improving access for girls and moving towards gender parity but with an increasing population, Nigeria’s out of school children figures remain high, for girls and boys.

“We now need to ensure that we build on the successful interventions of GEP 3, supporting them to be scaled-up and sustained to ensure they are catalysts for change in the wider sector,” said Laing.

In addition, the partners informed that the GEP 3 programme trained over 67,000 primary school teachers, including those teaching in Integrated Qur’anic schools to improve their skills and ability to deliver quality education.

It also built the capacity of Head teachers and teachers in the management of schools as well as delivery of effective learning for girls.

It’s unconditional cash transfer programme supported over 23,500 girls and reduced the level of poverty in the household, enabling families to send girls to school and enhanced the ability of women to generate additional domestic income.

Furthermore, community-based structures like Mothers’ Association, School Based Management Committees, and the High-level Women Advocates were established as enduring platforms for community mobilization, mentorship and policy advocacy on girls’ education.

ONSA, Security Chiefs, State Governors, Others To Parley over insecurity