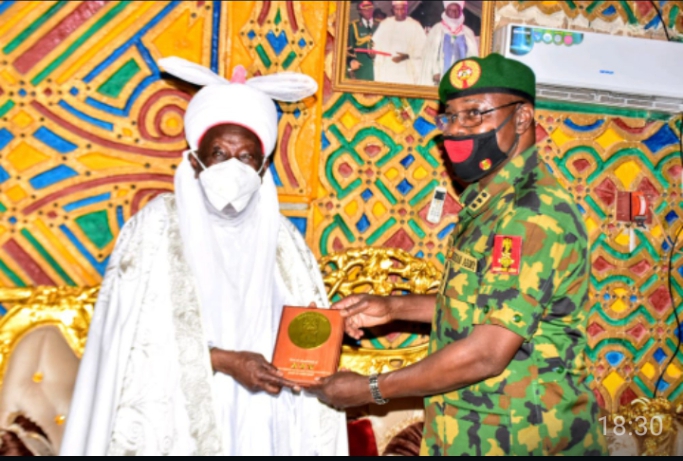 The Chief of Army Staff, COAS, Lieutenant General Faruk Yahaya, has solicited the support of traditional rulers in Northwest Nigeria for reliable and actionable information that will aid troops in combating the menace of banditary.

The Army Chief, who made the plea during a courtesy visit to the emir of Daura, Alhaji Umar Farouk Umar, at his palace in Daura on Friday 6 August 2021, noted this was a crucial role of the local authorities, and is pivotal in decisively combating the activities of the criminals.

TheFact Nigeria notes that traditional rulers, as gatekeepers of any society, and catalysts for socio-economic development, as well as custodians of the tradition and culture of people and values, serve as political symbols of unity and power, and are to provide security for their subjects, which is their primary responsibility.

Gen. Yahaya told the Royal father that he was on an operational tour of army formations and units in 8 Division and in the North West theatre of operation to evaluate, re-strategise and reinvigorate ongoing operations, as well as motivate troops deployed to fight banditry in the region. 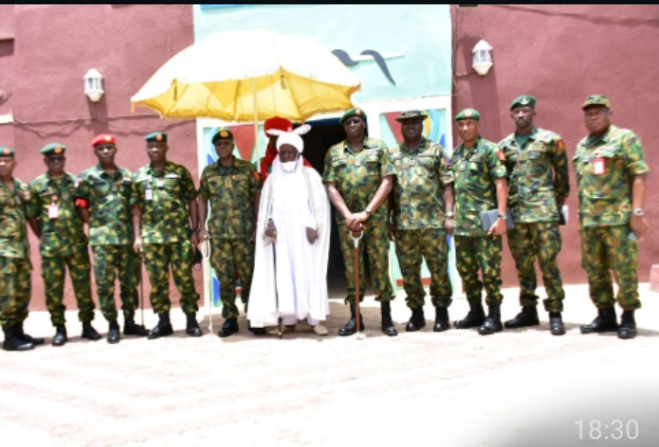 He reaffirmed the positive disposition of the Nigerian Army towards collaborating with other security agencies and partnering with stakeholders of the security sector in the region, to effectively degrade the activities of bandits and other criminal elements, and thus speedily restore peace and stability, not only to Katsina State but the entire Northwest.

The COAS, during his interaction with troops of 171 Battalion at Fort Muhammadu Buhari Forward Operating Base, who catalogued their challenges as a unit and as individuals, reiterated his commitment to ensure that their wellbeing is topmost in the agenda of his command, adding that personnel must get their due entitlements and not be short-changed.

Gen. Yahaya appreciated the Emir and the good people of Daura for their support and cooperation to the troops, and urged traditional rulers to use their position of strength and clout to regenerate and firm up their information network in an effort to enhance the operational efficiency of troops in decimating the bandits and ultimately put an end to banditary in their localities and the state in general.

In his remarks, the Emir commended the Nigerian Army and the COAS for their sacrifices and dedication towards curtailing banditary and other security challenges bedeviling the state. He stated that the people of Daura will not hesitate in volunteering within their capacity to mobilize grassroot support for the troops. 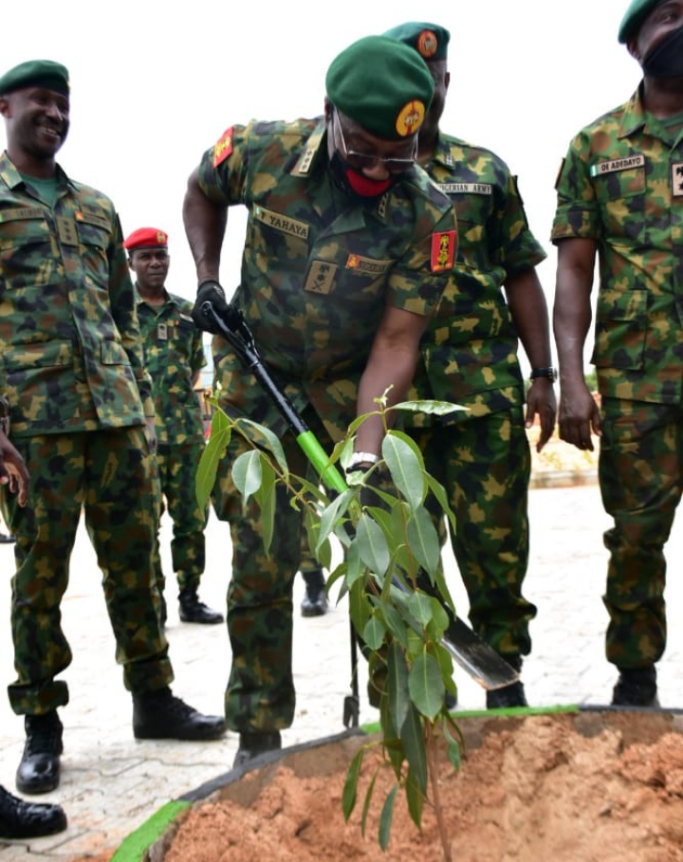 The royal father urged the COAS and troops not to rest on their oars until normalcy is completely restored. He also used the opportunity to congratulate the COAS on his appointment and prayed for divine guidance and direction to efficiently command the affairs of the Nigerian Army as well as to use his tenure to bring sustainable peace and tranquility to the nation.

During the tour, the COAS also assessed ongoing projects at 171 Battalion permanent site where he planted a tree to commemorate his visit. He also had interactive session with officers from other security agencies.

We Must Learn To Overcome Divisive Behaviours- Kaigama

Nigeria yet to issue license for 5G deployment – Dr. Pantami