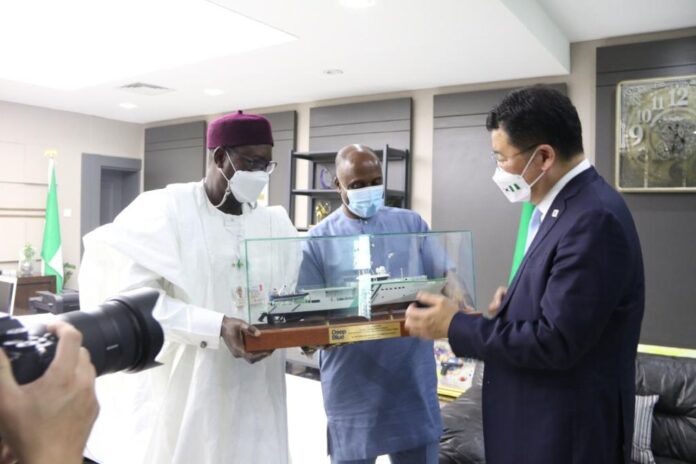 Hope has continued to rise for the Deep Blue Sea Project of the federal government, as the Korean government has offered assistance towards its realisation.

Minister of Transportation, Rotimi Amaechi, made the disclosure, Thursday, when the 1st Vice Minister of Foreign Affairs , Republic of Korea (ROK) , Mr. Choi Jong Kun, paid him a courtesy visit in Abuja.

TheFact Nigeria reports that the deep blue sea project is the first intergrated maritime security strategy in west Africa aimed at tackling the incidences of piracy, sea robbery and other crimes at the sea.

According to the minister, “We met in my office and discussed quite a lot that has to do with Maritime relationship, especially the Deep Blue Project. We concluded to collaborate and he promised some support and assistance from the government of the Republic of Korea.” .

Earlier, the visiting 1st Vice Minister, Foreign Affairs, ROK, Kun, expressed his country’s interest in the Deep Blue Project, saying “We commend the Minister and the Ministry’s initiative and the relentless implementation of the project, also because it increases the Maritime Security of Nigeria especially in the ground water but also it contributes to the regional security and stability of the International community”. 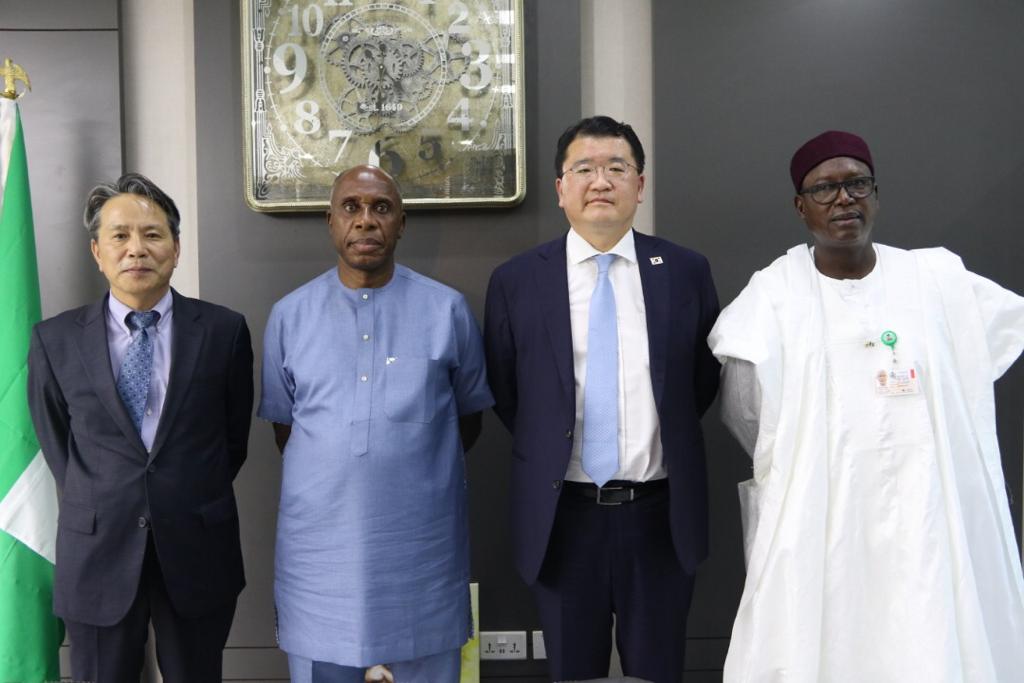 This was as he further said that his country was interested in finding ways to secure the Gulf of Guinea, as Korea has strong fishery and Maritime presence there.

He, therefore, promised to support the Nigerian government to tackle Maritime Insecurity in the Gulf of Guinea.

The Korean diplomat disclosed that the Korean government plans to host a Joint Commission with Nigeria sometime in October in Seoul, Korea.“We want the Minister of Transportation to be part of the Joint Commission, so that in Seoul, we talk about maritime security on the Gulf of Guinea”, he said.

According to a statement by the Director of Press and Public Relations, the delegation included the Nigerian Ambassador to Korea, Ali Mohammed Magashi, Directors of the Ministry of Transportation, amongst others.

People in Power Win Election by “Hook or Crook” Not Me ~ M. Buhari