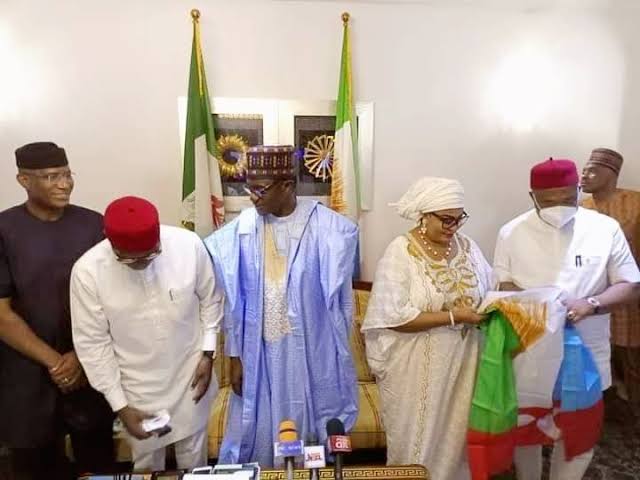 This was contained in a statement on Thursday by the National Director, Publicity of the APC , Salihu Dambatta, in Abuja.

TheFact Nigeria reports that The Who is currently the senator representing Anambra North Senatorial District in the National Assembly, was part of President Goodluck Jonathan’s cabinet.

The senator was received at a brief ceremony in Abuja by the leadership of the party.

It added that the Senator was admitted into the party by the Chairman of the APC Caretaker/Extraordinary Convention Planning Committee, who is also the Governor of Yobe State, Alhaji Mai Mala Buni.

Buni congratulated Oduah for joining the APC and assured her of equal rights with existing members.

“You will enjoy the privileges enjoyed by all members of the party because you will have a waiver,”Buni said.

Oduah on her part said she joined the APC family as part of the process of the changing political narrative in the South East.

She assured the APC leadership that she had “defected to the APC along with her multitude of supporters who have been jubilating in Anambra State.”

IPOB: No Intentions To Ban Facebook Over Incitement – FG