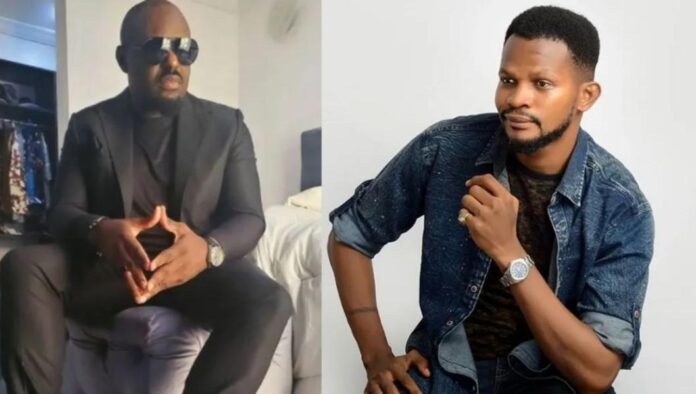 Popular Nollywood actor, Jim Iyke has disclose that he has settled the tussle with fellow actor, Uche Maduagwu after they both engaged in a fist fight recently.

Some days ago, Jim Iyke was seen in a video beating Uche, the controversial actor.

This was because Uche called him out on social media and accused him of being a ritualist and a fraudster.

Uche also alled on the anti-graft body, the Economic and Financial Crimes Commission during the altercation to investigate Jim Iyke for his perceived crimes.

However, in recent event, Jim revealed that he has settled with him.

He also told Maduagwu to stop making a mockery of other celebrities with his social media posts.

Delta CP Assures Citizens Of Commitment To Safety For All