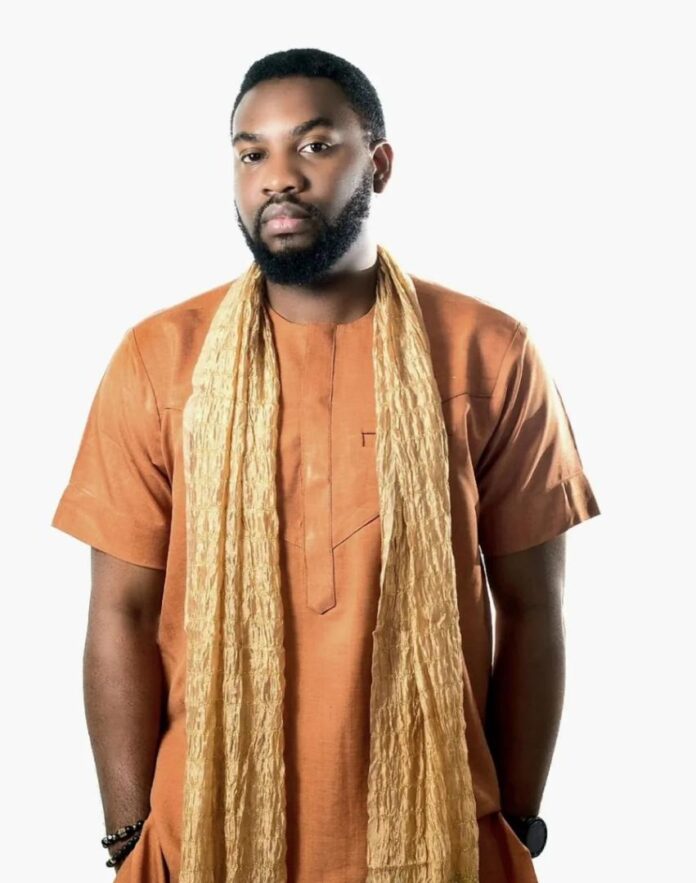 Nollywood actor, Ibrahim Suleiman has taken to his Twitter page to narrate how one of his friends betrayed him.

According to the 37-year-old actor, his unnamed friend blocked him from getting a movie role.

He indicated that he just discovered that the person whom he considered a friend blocked his chances of being casted for the role.

He explained that the so-called ‘friend’ told the movie producer in charge to not give him the role.

He further gave reasons for disclosing this info on social media.

He said he shared it online because he knows the ‘friend’ would see the post and just in case he wants to pretend in the future, he (Ibrahim) would refer to the tweet as evidence of his/her betrayal.

He tweeted:“Found out that someone I consider my friend literally talked a producer into not considering me for a role.

I am tweeting this per I know you’ll see it. So that the day you cry wolf I will quote this. And everybody go face front.

Till then, I am kuku fully boked.” 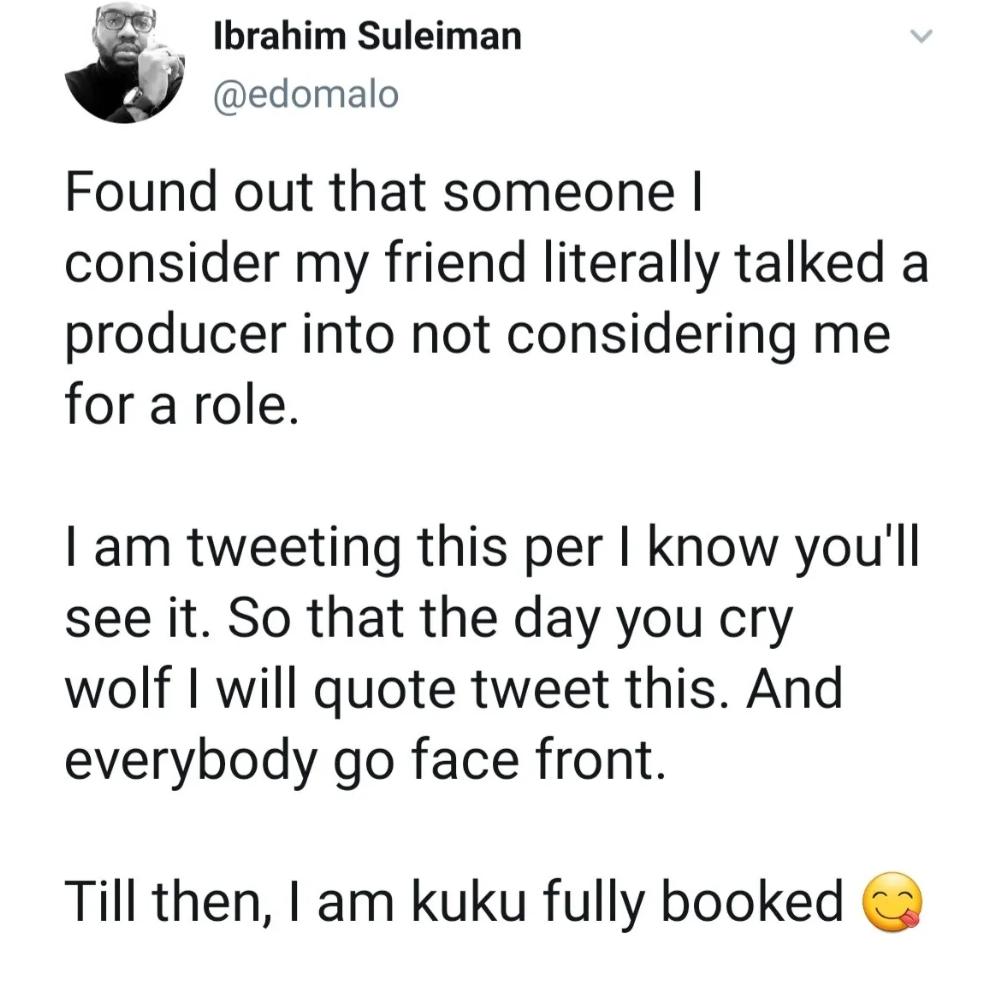