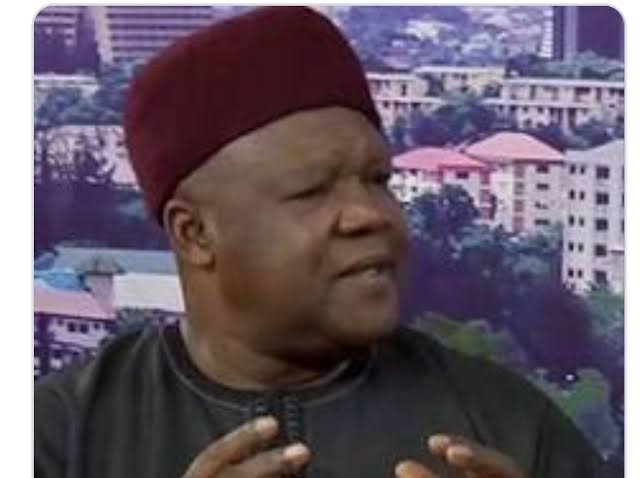 The Christian Association of Nigeria (CAN) has described the demise of the former deputy governor of the Central Bank of Nigeria(CBN) Obadiah Mailafia as a great loss to the country and the Church.

The Christian body stated this on Monday in a statement by it’s General Secretary, Joseph Daramola, Esq.

TheFact Nigeria Reports that the former CBN deputy governor, aged 64, died on Sunday from a undisclosed illness at the National Hospital Abuja.

Mailafia was a critic of the President Muhammadu-led administration especially on policy issues and insecurity.

However, CAN has called on the Federal government to immortalise him.

According to the statement, “We are dumbfounded by the sudden relocation of a voice of the voiceless, a voice of courage, wisdom and reason, a patriot per excellence, a genuine Christian, Dr Obadiah Mailafia when the Church, now the country needs him most.

“Such a voice is needed now when many well meaning Nigerians are keeping silent at the time they are expected to speak against the unending and unprecedented killings and kidnappings in the country as a result of the collapsed and compromised security architecture.

“As far as we are concerned, the demise of such a hardworking and committed patriot is a rude shock, untimely, humanly speaking, unbelievable and very unfortunate.

“He was a foremost defender of the masses and the Church. Our consolation is that he not only died on duty for the Kingdom of God as a martyr but refused to compromise his faith in the Lord and Saviour Jesus Christ.

“ He served God till his last breath. Here was a Christian leader who refused to be cowed or intimidated because of his resolve to see a new Nigeria.

“Although he had what it takes to be insensitive to the yearnings of the downtrodden people, but like Moses, he decided to pitch his tent with the oppressed. His death is a great loss to the Church and the country.

“Our hearts go out to his immediate family, the government and the people of Kaduna State and the country. May God console and comfort all the bereaved in Jesus’ Name.

“We call on the Federal and Kaduna governments to immortalise him. The people of the Middle Belt too should not forget the man who served them to the end.

“Our own part, the Christian Association of Nigeria (CAN) will not be left behind as we have resolved to honour him during our forthcoming CAN’s Anniversary celebrations.

“Once again, we pray for the comfort of the Holy Spirit for his immediate family and the rest of us in Jesus’ name.

EFCC Differs With Reps, INEC, On Creation Of Electoral Offences