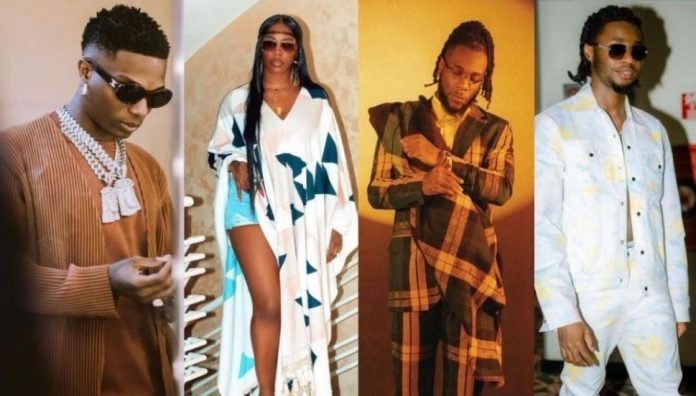 The African Union Commission (AUC) and the international committee of AFRIMA has released the 2021 nominees list.

Over 8,880 songs were submited to be reviewed but the list featured over 400 songs from artistes in the 30 continental and 10 regional categories.

The list also covered African talents and creatives who lived outside the continent.

South Africa’s Blaq Diamond leads the list with the highest number of nominations. They have eight slots for their latest song ‘SummerYoMuthi’.

Adekunle Gold had two nominations while Ladipoe and Yemi Alade had one each.

The award event will be aired live from Lagos on 84 TV stations in 109 countries from November 19 to 21.

Head of Culture, African Union Commission on the Jury, Angela Martins, commented on the list.

“We believe we gave Africans and the world the very best nominations and songs in line with the 8,880 songs received under the year in review,” said Hadja Kobele, a member of the 13-man AFRIMA International Jury, representing Diaspora (USA) & West Africa (Guinea).

“The nominees list comprising 28 continental award categories and 10 regional award categories released for public voting on www.afrima.org is coming few days after a rigorous long-week adjudication process. The remaining two categories – Legend award category will be announced at the awards, while Best Soundtrack in a movie/series/documentary film category was suspended due to low-quality entries for this year’s edition,” Martins, said.