Following the increased rate of vandalisation of government properties such as rails, roads, machines e.t.c, the Federal Government has called on law abiding citizens to maintain it’s infrastructures.

The Minister of Works and Housing, Mr. Babatunde Raji Fashola, SAN made the call on Thursday, September 23, 202127th at the Meeting of the National Council on Works in Bauchi, Bauchi State.

TheFact Nigeria gathered that Nigerians especially the youth vandalise Government Infrastructures for sale due to the high level of unemployment and hunger in the country.

Mr. Fashola who emphasised on maintenance of infrastructure as critical job creation and sustenance strategy said:

“This is important for many reasons, the first of which is that it preserves the life of the infrastructure and get the best value for the money we spent on it.”

He explained further that maintenance economy was a critical contributor and driver of Gross Domestic Product (GDP) in many economies around the world, he said:

“You will notice that I have spoken about a “maintenance economy” not a “maintenance culture.” This is because maintenance is not a cultural thing, it is an existential matter of survival, bread and butter and income.

“Available data shows that in the “built industry” only about 30% of the manpower is employable by design and construction which lasts until the project is completed; while the remaining 70% are employed in the process of “operation” and “maintenance” of the infrastructure,” he explained.

Speaking on the need for investment on infrastructure, the Minister said that the nations that are richer have more infrastructure than our country and in order to bridge this gap, we must invest because:

“No nation or community can grow bigger than the stock of infrastructure.

“Infrastructure also helps to make people efficient, it creates competition and leads to productivity. Currently the Federal Government is executing 895 contracts in 795 projects spanning over 13,000 km of roads and bridges nationwide”, said Fashola. 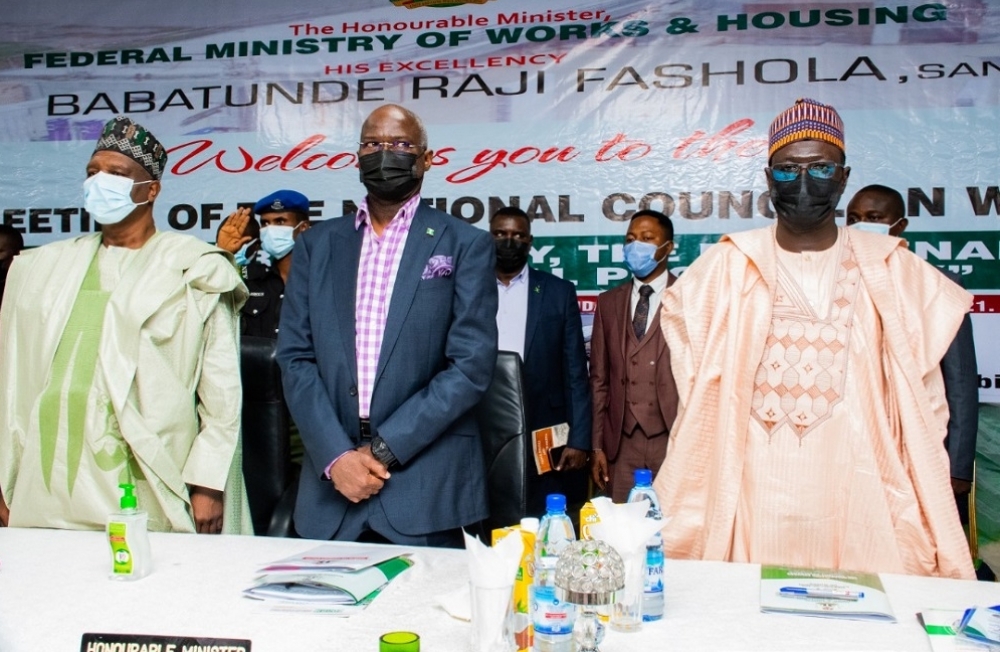 The Governor further said that his administration was also focused on reversing the trend of infrastructure deficit and decay that had held back the socio-economic development of the state, he said:

“As a deliberate policy, we have since assumption of office over two years ago, embarked on the provision of infrastructure that has direct bearing on the socio-economic life of our people.

“Within the last two years, our government has completed or about to complete over twenty-five roads covering over 200 kilometres in urban and semi urban areas across the state,” he said.