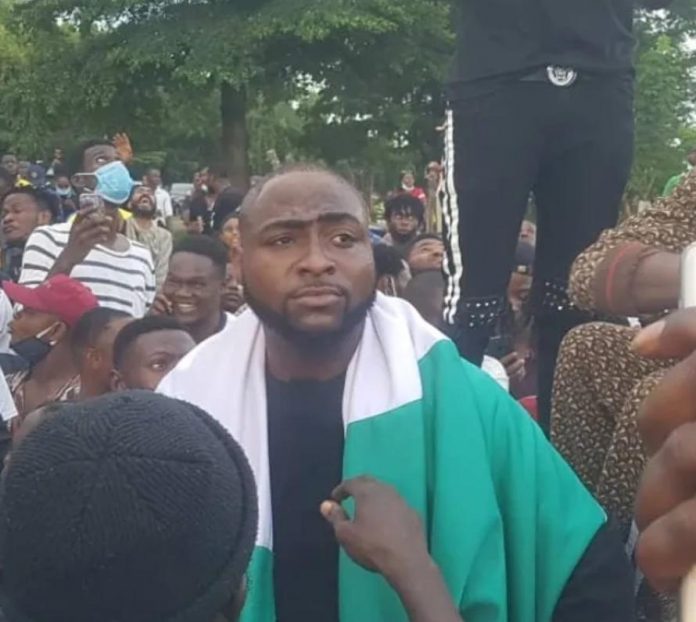 Billionaire son and Nigerian music superstar, David Adeleke popularly known as Davido has come out to give reasons for leaving Nigeria.

The superstar claimed that he had to leave Nigeria because of his involvement in the #EndSARS campaign that held in October 2020.

Recall that the singer actively aired his voice during the #EndSARS protest.

He joined the protest in Abuja and also secured the release of some #EndSARS protesters who were apprehended by the police.

The music star who recently had a chat on the Daily Show with Trevor Noah revealed that his participation in the campaign got him into trouble.

His song ‘FEM’ was widely circulated during the protest but he insisted that he didn’t release the song for the Protest.

He also stated that he was glad to be a part of the campaign.

Davido said: “I got into a lot of trouble. I had to actually leave the country. It was that bad.

“I was reposting everything that had to do with the campaign. It was amazing to see people come out like that.

“And I will say this: they listened to us. They heard us. They might not have changed anything but they were shook.”

Why I Became Successful-Burna Boy Reveals