Popular celebrity Fashion Designer, Olorunyomi Makun, better known as Yomi Casual, admonished modern-day celebrities to respect their older colleagues who made it before the advent of social media

The celebrity stylist made this known on Tuesday while reacting to the Facebook, Instagram and WhatsApp 6-hour outage, that happened yesterday, October 4th.

As soon as the platforms were back online, Yomi Casual took to his Instagram page to give accolades to celebrities who became famous before the era of social media.

He also addressed 21st century celebrities and online vendors. He said the incident should serve as a lesson to those whose income depend solely on social media.

The 36-year-old stylist commended entrepreneurs like himself who built their brands without social media, he said they deserve to be respected.

In his words: “This should serve as a lesson to y’all 21st century celebrities and online business owners. “You are nothing without the media! Respect those who made it to the top without social media. #thestruggleisdifferent,” he wrote. 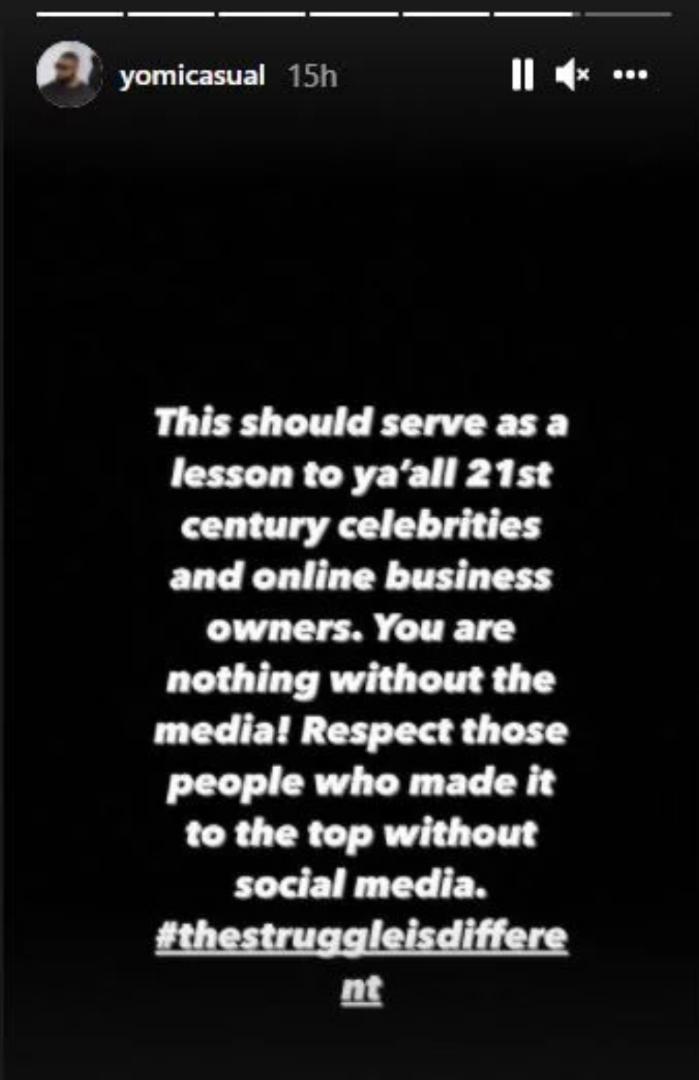 Agric Ministry, Others Move To Eliminate Gender Disparity In Sector