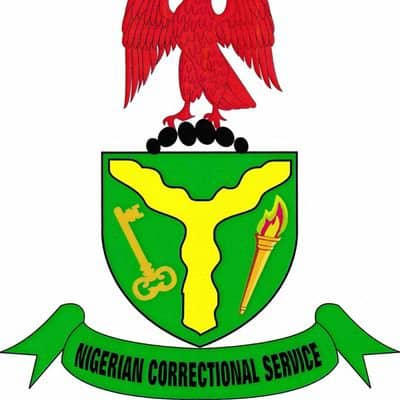 The Presidential Committee on Correctional Reform and Decongestion has granted freedom to five inmates from the Nigerian Maximum Security Correctional Centre in Ilorin, Kwara State.

The inmates were released on Tuesday, 19 October during a visit by the Panel to the Correctional facility.

TheFact Nigeria reports that the Committee was inaugurated by the Attorney-General of the Federation and Minister of Justice, Mr. Abubakar Malami, SAN, in 2017, after President Muhammadu Buhari, while hosting a delegation of Supreme Court and Appeal Court Justices, had described prison congestion in the country and the elongated period spent by inmates while awaiting trial, as a national scandal and a long-standing crisis within the criminal justice system in Nigeria.

During the visit, the Chairman of the Panel and former Chief Judge of the Federal Capital Territory (FCT) High Court, Justice Ishaq Bello (rtd.), disclosed that the committee was mandated to visit correctional centres in the country and make a situational assessment of the condition of inmates and the environment they are in, adding that the committee was saddled with the responsibility of assessing and freeing inmates who meet the set-down criteria, as well as paying fines for inmates who have the option of fine where appropriate.

According to a statement by the Deputy Director, Press, Federal Ministry of Justice, Mrs Modupe Ogundoro, others to be considered for release include the aged inmates, those with terminal illnesses, and inmates who have overstayed in relation to the offences for which they are being tried.

Furthermore, the chairman emphasized the committee’s mandate to ensure that correctional facilities have skill acquisition centres that would rehabilitate and redefine inmates before they are released and reintegrated into the larger society. As part of the exercise, the committee inspected the tailoring and carpentry workshop of the centre.

In the course of their visit, the committee released five inmates, two of whom fines were paid for while transportation money was given to the five released inmates by the Attorney General of the Federation and Minister of Justice, Abubakar Malami (SAN), to convey them back to their various destinations. The committee also recommended three inmates for bail.

Ogundoro stated that the committee chairman, on behalf of Vice-President Yemi Osinbajo (SAN), made a presentation of some selected inspirational and motivational books to the correctional centre to encourage the reading culture of the inmates.

The panel expressed the belief that the books will positively impact the psyche of the inmates in terms of leading responsible lives devoid of crime and other misdeeds, while Bello added that the books will expose inmates to love, forgiveness, having a positive attitude, honesty and consequences of action taken.

“The idea is to encourage the transformation and reformation of inmates,” he emphasized.

Earlier, in his welcome address, the Controller, Kwara State Command, NCS, CC Baba Usman Aliyu, expressed optimism that the mission of the Committee to the facility would be successful.

Speaking, the Chief Judge of Kwara State, Justice Suleiman Kawu, expressed the pleasure of the State Judiciary to have the Committee visit State, and optimism that it would deliver on its mandate at the Maximum-Security Correctional Centre, Ilorin, in the spirit of decongestion and reformation.