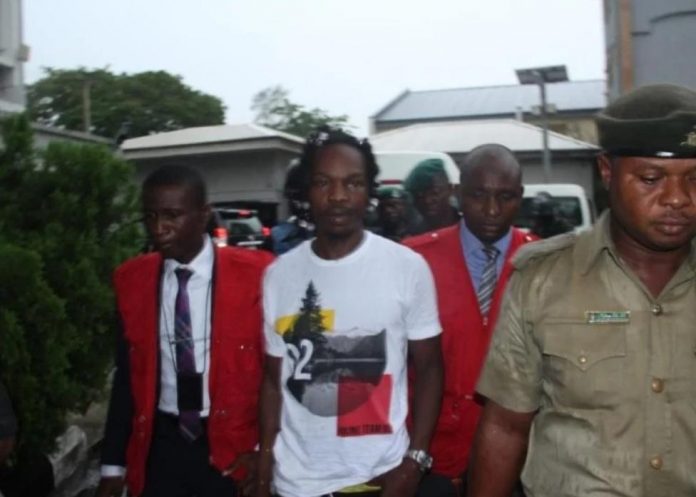 A forensic expert with the Economic and Financial Crimes Commission (EFCC) has testified against Nigerian singer, Naira Marley, in the cyber fraud case.

The musician is currently facing an 11-count charge bordering on conspiracy, possession of counterfeit cards, and fraud.

The court case resumed on Tuesday at the federal high court, Lagos.

Marley, whose real name is Afeez Fashola, first appeared before the court on May 20, 2019 where he pleaded not guilty to the charges against him.

During the most recent court sitting, an EFCC forensic expert identified as Augustine Anosike, the second prosecution witness (PW2), presented to the court the findings of the anti-graft agency’s analysis of Marley’s iPhone.

Anosike explained how multiple credit card numbers were extracted while analysing the contents of 2,410 messages found in the defendant’s mobile phone.

The evidence, labeled exhibit F, was a conclusion of his analysis of the defendant’s iPhone X version 10.6, model A 1901.

He further revealed to the court that a total of 977 short message service (SMS) and 1433 chat messages were also discovered.

He went ahead to read out a long list of credit card numbers and messages sent from Naira Marley’s phone on different dates and times, as well as OTP codes sent.

Anosike also revealed some of the recipients of the messages to include one Yadd and another Raze.

The prosecution counsel, thereafter, told the court that all the analysed texts were contained in a CD as the prosecution only printed out some portions it considered material to its case.

He later asked the court and Olalekan Ojo (SAN), the defense counsel, if the prosecution could bring a projector to play the CD in the open court.

The judge granted his prayer and the matter was adjourned to October 27 for the prosecution to play the CD.

FCT Police Deploys Officers Ahead Of Councils Polls On Saturday